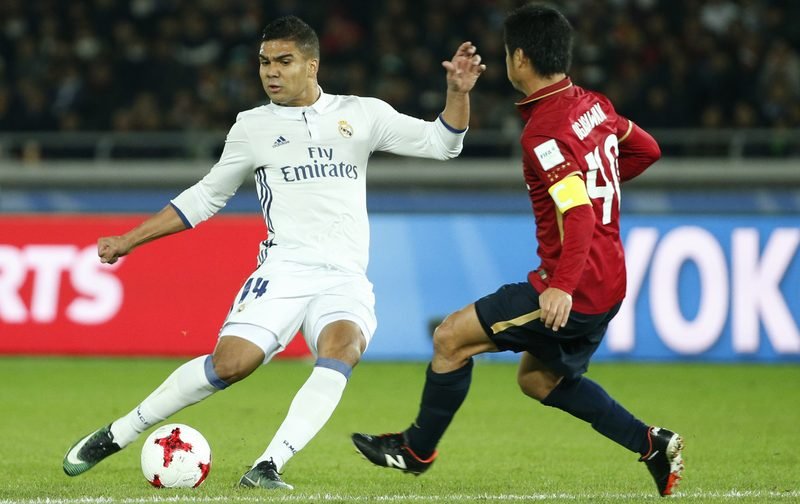 The Premier League side, who face Southampton in the 2017 EFL Cup final at Wembley Stadium on Sunday, have been linked with a making a summer swoop for the Real Madrid defensive midfielder.

The 25-year-old, who has 11 international caps for his country, has scored two goals and provided two assists in 23 appearances in all competitions for the La Liga leaders so far this season.

Casemiro, who originally arrived at the Bernabeu on loan back in January 2013 from Sao Paulo, worked with Red Devils boss Jose Mourinho during his time at Madrid during the latter stages of the 2012-13 campaign and the ‘Special One’ now wants to bring the Brazilian to Old Trafford ahead of the 2017-18 term.

However the report adds that Madrid will not be open to discussions over a possible exit for the midfielder, who has lifted two UEFA Champions League titles in the Spanish capital.