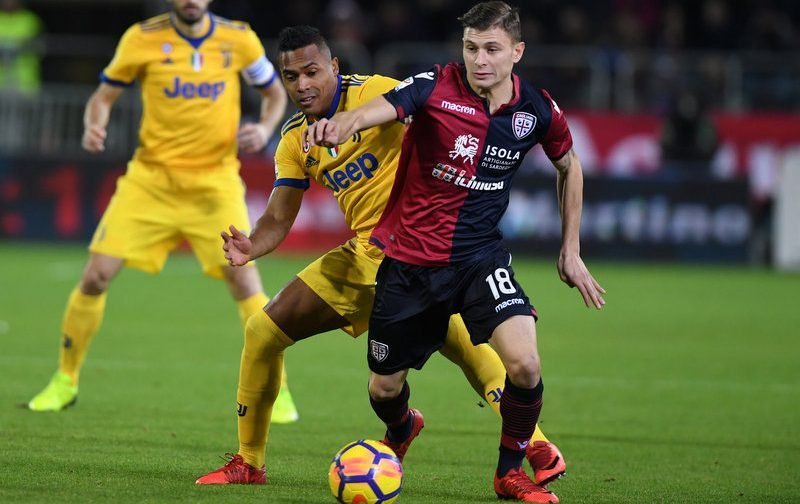 Liverpool have reportedly been handed a boost in their hopes of signing Italy Under-21 international Nicolò Barella, according to Calciomercato.

The Premier League side, who have won all of their five league fixtures so far this campaign and face Southampton at Anfield on Saturday (15:00), have been linked with a move for the Cagliari midfielder.

The 21-year-old, who has featured six times for Italy’s Under-21 side, has scored one goal in five appearances in all competitions for the Serie A outfit so far this season.

Barella, who is a youth graduate of Cagliari, has netted seven times in 79 first-team outings for the Italian club overall.

The report claims Serie A champions Juventus may have dropped out of the running to sign the central midfielder, leaving the door open for The Reds to swoop ahead of the January transfer window, although fellow Italian sides AS Roma, AC Milan and Inter Milan are also said to be interested in the player’s signature.

Juve were thought to have approached to land the midfielder last summer, but have since cooled their interest in Barella, who is contracted at Cagliari until June 2022, and valued at £22.5m.