Juventus could offer Alexis Sanchez way out of Manchester United

Juventus are ready to offer forward Alexis Sanchez a route out of Manchester United this summer as reported by CalcioMercato.

Chile international Sanchez has been limited to 26 appearances for the Red Devils this season, which has posed questions about his long-term future at Old Trafford.

Sanchez signed for United in a £30m transfer from Arsenal back in January 2018 in a swap deal which saw Henrikh Mkhitaryan move the other way to North London. 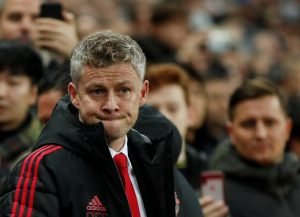 Sanchez has been limited to 11 appearances under Solskjaer

The 30-year-old still has three-years left on his current deal and it is thought that Sanchez’s wage demands could prove a stumbling block to any permanent deal which would see him move to Turin.

With Cristiano Ronaldo already on their books, and the impending arrival of Arsenal midfielder Aaron Ramsey in the summer, where the Welshman will earn £400,000 a week, Sanchez’s current pay-packet could be a step too far for Juventus.

However, a loan deal could suit both parties though it would see United forced to pay a percentage of his wages in any agreement with the Italian giants.