Juventus are planning a move for Manchester United’s Marcus Rashford, according to Tuttosport.

The 20-year-old is reportedly unsettled at failing to hold down a regular starting spot under boss Jose Mourinho.

And with his current contract expiring at the end of the 2019/20 season the Wythenshawe-born starlet is considering his long-term future.

It’s thought that the Serie A champions sent scouts to watch the England striker as he impressed in the Three Lions’ eye-catching 3-2 Nations League win in Spain last week. 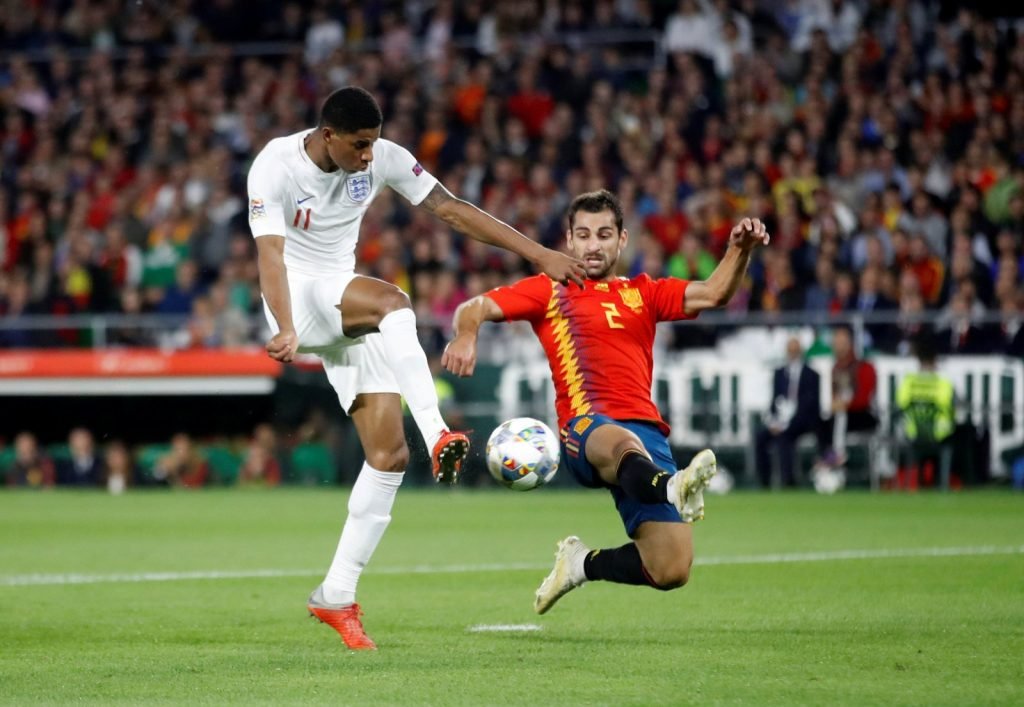 Rashford scored and impressed for England vs Spain.

Juve hope their recent domestic and Champions League record, plus the chance to play alongside Cristiano Ronaldo in attack, could be enough to lure him to Turin.

Rashford, who has scored just once in eight appearances for the Red Devils this term, is expected to line up at Old Trafford against Juventus in their Champions League meeting on Tuesday.