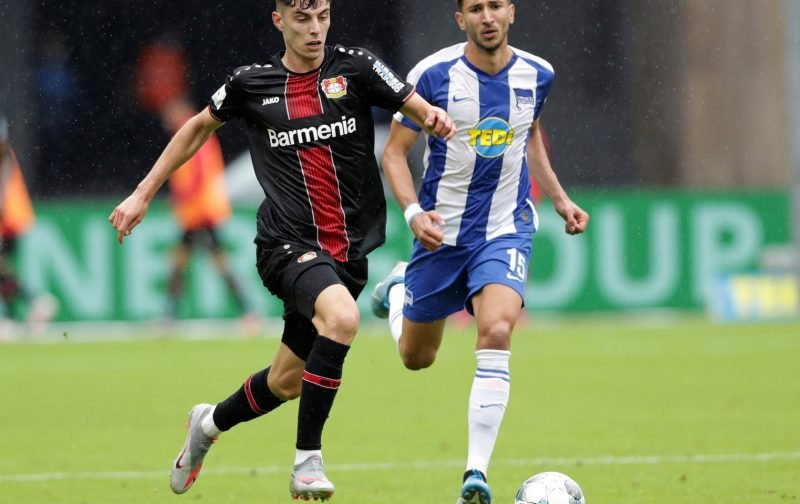 Kai Havertz has contacted two Chelsea players for information ahead of expected summer switch, according to Football.London.

The news will be hugely exciting for Chelsea fans with the attacking midfielder reportedly contacting both new signing Timo Werner and defender Antonio Rudiger ahead of a potential switch.

Chelsea boos Frank Lampard has already received many plaudits for creating a young, exciting attacking side with the likes of Mason Mount becoming a regular player at Stamford Bridge.

A player of the calibre of Havertz would be a huge boost to Chelsea after already signing Werner and Hakim Ziyech ahead of next season.

The Germany international has interest from around Europe after scoring 17 goals and nine assists across all competitions this season for Bundesliga outfit Bayer Leverkusen.

A mouth-watering reported transfer fee of £72million is the fee expected if Chelsea want to strike a deal with Leverkusen for the 21-year-old.