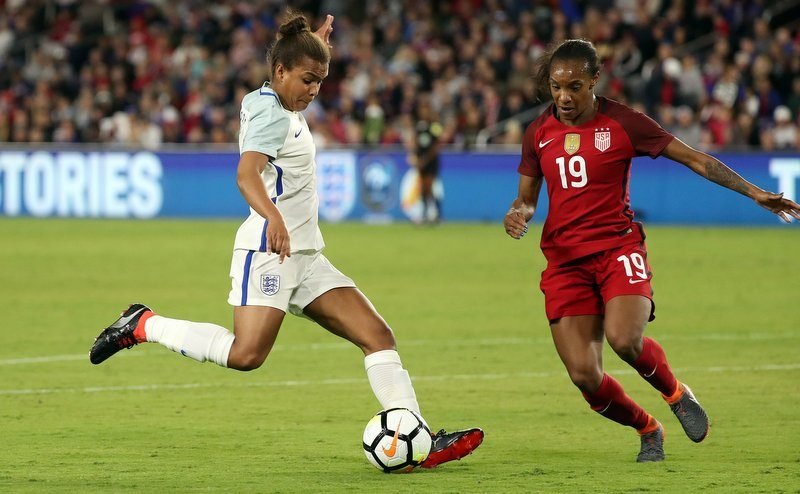 England suffered heartbreak in the SheBelieves Cup finale as Karen Bardsley’s second-half own goal saw the United States crowned champions after their slender 1-0 victory in Orlando.

Phil Neville’s Lionesses just needed to draw against the hosts to win the tournament on goal difference, following their 4-1 victory against France and 2-2 draw against Germany.

However, goalkeeper Bardsley spilled the ball into the back of her own net after 58 minutes played, after defender Millie Bright’s skewed clearance from a cross bounced off the shot stopper’s trailing right foot and over the goal line.

Striker Ellen White almost drew England level late on, but her fine header came back off the post, before the USA cleared the rebound over the crossbar.

This was former Manchester United defender Neville’s first taste as a senior manager, guiding his Lionesses to a win, draw and a loss in his opening three matches in charge of the women’s national team. 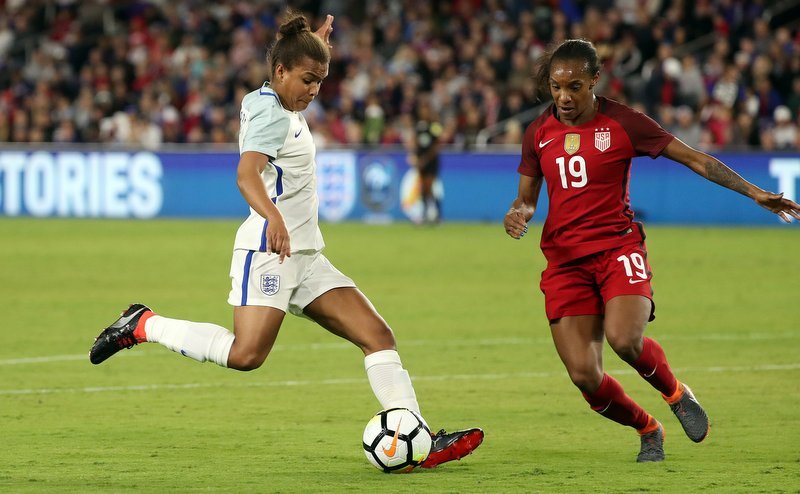 However, having lost 1-0 to the USA early this morning, France comfortably defeated Germany 3-0 in the remaining fixture to see England finish the SheBelieves Cup in third overall.

Manager Neville said after the loss, “It was tough, but probably the most enjoyable game for me in the tournament because we came up against a really good team.

“I said before I wanted us to go toe-to-toe but in the first half we did not show enough belief.

“But we showed courage on the ball in the last 30 minutes and I learned a lot about my players.

“It is not now that I want to win tournaments, but in 12 months’ time [at the World Cup].”

He added, “The own goals? That’s not something I’m happy about – look at the goals against France and Germany plus the one against the USA – that’s four goals conceded by handing them on a plate. 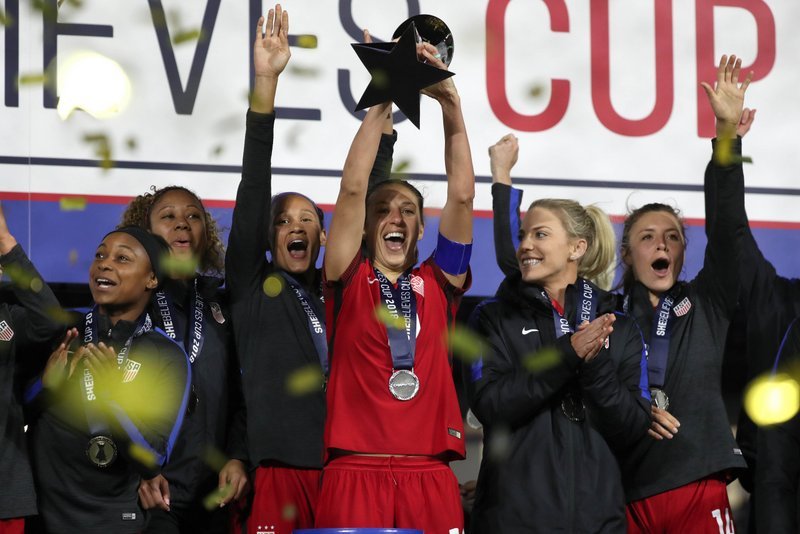 United States midfielder Carli Lloyd (centre) holds the trophy after they beat the England in the She Believes Cup finale.

“If we can eradicate that we can go toe-to-toe with the best in the world.

England are back in action next month, when they face Wales in Southampton on April 6, in Group One of the 2019 Women’s World Cup qualification stage.