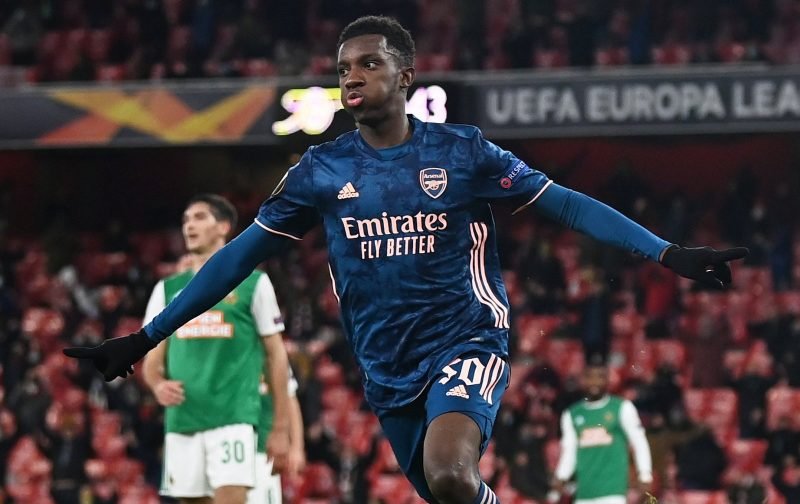 With £350k-a-week Mesut Ozil finally off the books for Arsenal, Mikel Arteta’s eyes could be firmly on what he wants to bring in to bolster his 11th placed side.

Barcelona back-up goalkeeper Neto was last week linked with a move to North London, as it emerged he is one player on the shortlist for the Gunners, as well as the likes of Marseille’s midfield maestro Morgan Sanson.

However, Arteta might yet see another of his squad depart for pastures new this window, after it was reported that England Under-21 international Eddie Nketiah could be on his way to West Ham, according to former Gunners forward Kevin Campbell.

This is despite the Spanish manager adamantly claiming that the 21-year-old striker will remain at the club beyond this transfer window despite having played just nine minutes of football since a 2-1 loss at Everton on 19 December.

The Hammers have recently seen their war chest expanded significantly, with the £20m sale of Sebastian Haller to Ajax – with Campbell suggesting it will take all £20m to prise Nketiah away from his current employers.

Campbell exclusively told Football Insider : “With Martinelli back in the frame as well, West Ham might be a good opportunity for Nketiah to leave whether it be on loan or permanently, and I can see it happening. 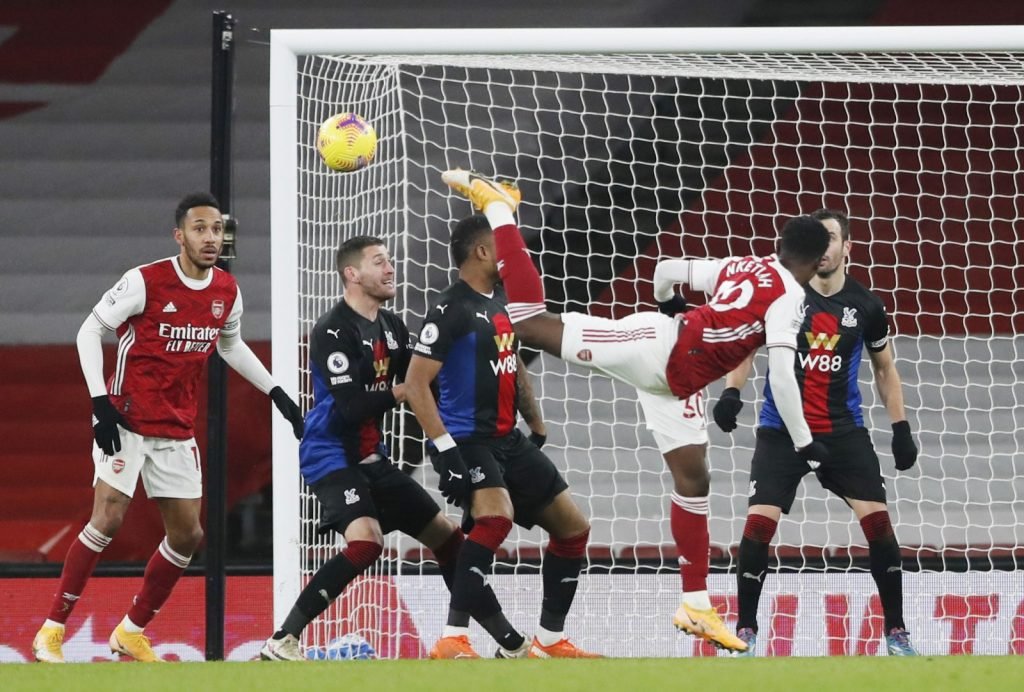 Nketiah was a late substitute in the 0-0 draw with Crystal Palace.

“Arteta has to chop and change that squad. There are a couple of tough decisions coming up.

“If you can get £20million for Nketiah, that could be put to good use somewhere else in the squad. There is more of a need in other positions so I think it is business that the club might do.”

Nketiah has scored just one goal in 13 Premier League appearances this season, although he did table a further three during Arsenal’s rampant Europa League group stage and has a big future ahead of him – even if he has fallen down the pecking order lately at the Emirates.

To add, David Moyes’ squad has only four registered forwards, all of which are wide attackers by trade – Jarred Bowen, Michael Antonio, Said Benrahma and Andriy Yarmolenko.

Being a more ‘proper number nine’, a potential move across London for Nketiah could be one that suits all parties.