Klopp should give these 3 Liverpool stars a chance against Stoke 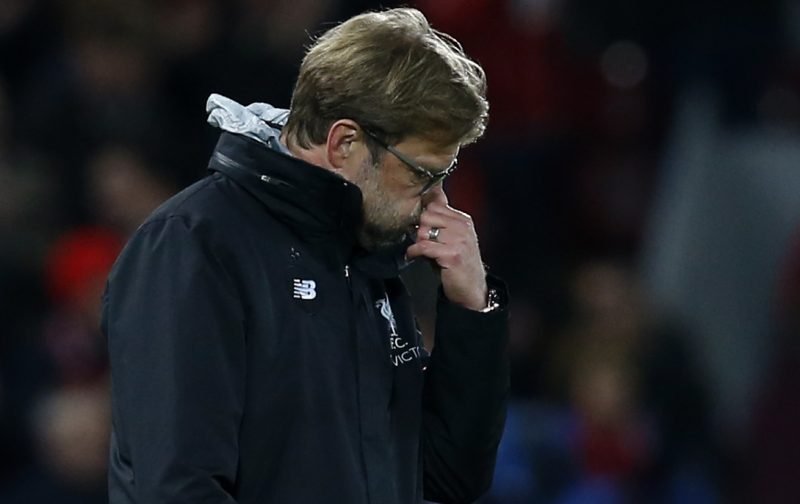 Jurgen Klopp’s Liverpool will be looking to consolidate their place in the Premier League’s top four with victory at Stoke on Saturday (3pm kick-off).

The Reds conceded a late Josh King equaliser to only draw 2-2 with Bournemouth on Wednesday night, a result which keeps them third in the division, although only six points clear of fifth place Arsenal who do have two games in hand on Klopp’s men.

However, points on the board is more valuable at this stage, and the Merseyside club will be hoping for their first away league win of 2017 at the bet365 Stadium against a Stoke side who have struggled in recent weeks.

Mark Hughes’ men have lost their last three games to slip to 12th in the Premier League table, and although they are still eight points clear of danger, they need to start picking up some points soon or they could find themselves in a relegation dog-fight.

The Potters have lost just one of their last nine home matches, although three of their four defeats at the bet365 Stadium this term have come against the other members of the current top four.

Thus, Klopp’s men will be confident of getting back to winning ways on Saturday, although the Reds boss may be tempted into making some changes following their frustrating draw on Wednesday night.

So, here are THREE Liverpool players who deserve a chance against Stoke this weekend…