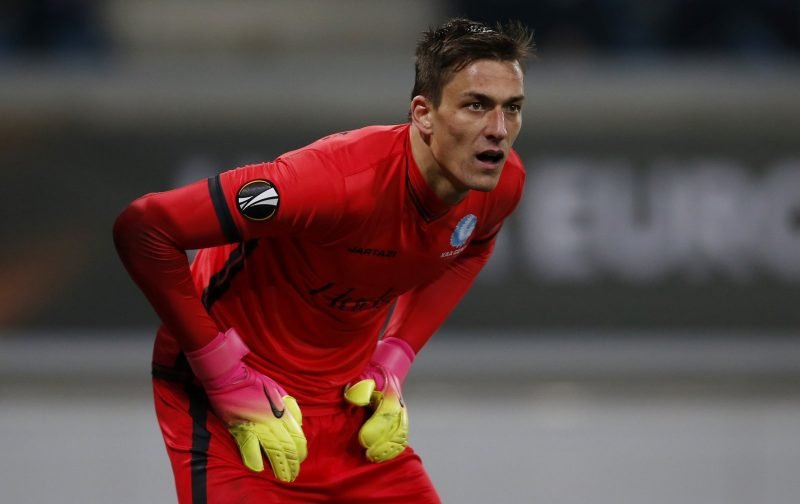 Everton boss Ronald Koeman is prepared to lock horns with his former club, Southampton, as well as Premier League rivals West Ham to land a deal for Gent ‘keeper Lovre Kalinic, according to reports from The Sun.

The Croatia international was watched by scouts from all three Premier League clubs when his side ended Tottenham’s run in Europe at Wembley Stadium last Thursday.

The shot-stopper, whose move to Aston Villa last season fell through due to complications with a work permit, is available for around £10m, and the Toffees look in prime position to land a deal.

Both Everton and Koeman’s former employers the Saints have been linked with the same targets since he made the controversial move to Goodison Park, and he looks set to get one over on the southerners this summer.

The Hammers, meanwhile, have seen a change between the sticks already this season, with Darren Randolph usurping Adrian as the first choice ‘keeper.