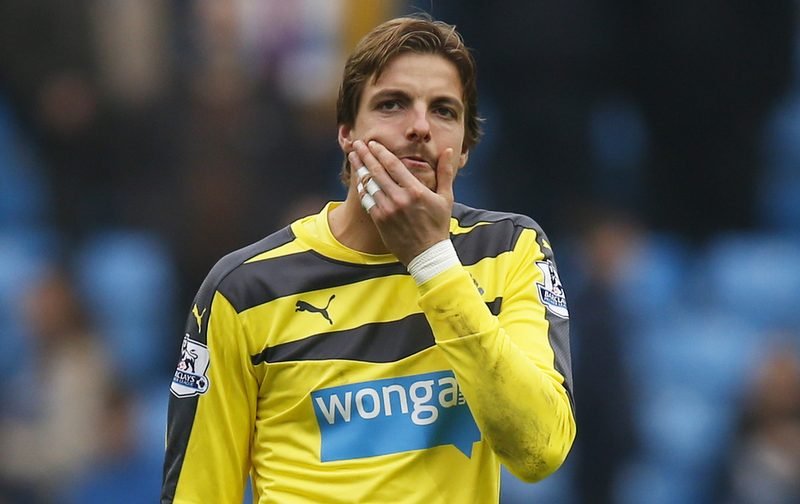 Tim Krul is delighted with the way that his transfer deadline day turned out- featuring four clubs!

The Newcastle keeper was on loan at Ajax when he was summoned to undergo a medical at Watford before completing the day back in Holland with AZ Alkmaar.

Despite being fully fit Krul has had to settle for bench duty with Ajax where Andre Onana is the undisputed first choice keeper.

At 28-years-of-age being an understudy is no use to a recent internationalist with Krul delighted to have the chance to become AZ’s first choice keeper.

“AZ is a fantastic club,”Krul told the club website. “They compete for prizes in the league, the cup and in Europe, and they are doing just fine.

“When they called, I could hardly say no. They have put so much confidence in me that I decided to come.

“I have been fit for a while, but have been unable to really show it yet. I hope to regain my former level.”

Krul’s last competitive match was for Holland in their 2-1 win away to Kazakhstan in October 2015 when he suffered a serious knee injury in the last 10 minutes.

That injury had a knock on effect at Newcastle with the club relegated at the end of the season.

Krul is hopeful that a successful spell with AZ will allow him to return to Newcastle in pre-season and reclaim the goalkeeping position- in the Premier League.