Lambert disappointed with officials as Wolves go down at Reading 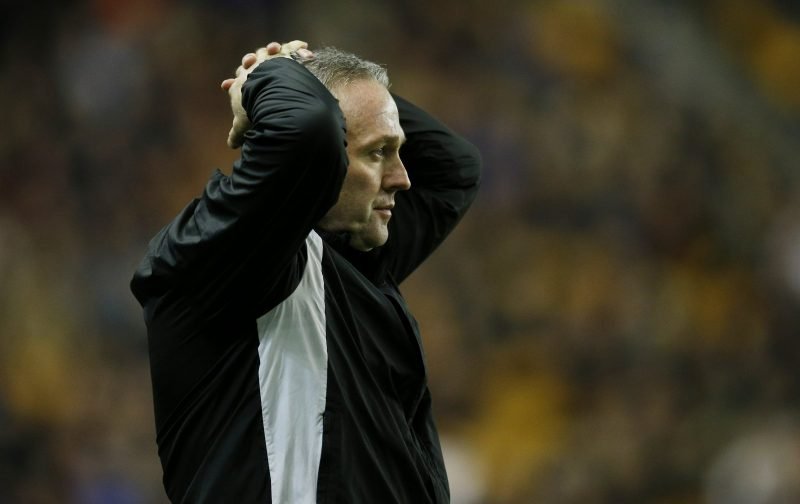 Wolves manager Paul Lambert was frustrated with the officials after seeing his side go down 2-1 to Championship play-off hopefuls Reading this afternoon.

Goals from Yann Kermorgant and Paul McShane secured the three points for Jaap Stam’s men at the Madejski Stadium, despite the hosts being second best for much of the second period following Ben Marshall’s equaliser for the relegation-threatened visitors after 50 minutes.

Conor Coady and Dave Edwards both forced saves out of Royals goalkeeper Ali Al-Habsi in the second half as Wolves seized the initiative, only to be undone when Reading captain McShane headed home John Swift’s excellent free-kick 13 minutes from time.

Lambert was pleased with his side’s display in Berkshire this afternoon, but he wasn’t at all satisfied with the performance of referee Andrew Madley.

Asked if he felt hard done by not to get anything from the encounter, Lambert said in his post-match press conference: ‘Absolutely.

‘I thought the big decisions never went for us. I’ve spoken to the referee [Andrew Madley] – I think he’s a really good referee, but I had some concerns with some of the decisions.

‘When Costa goes through it’s a handball – it’s a clear handball so we didn’t get a break there. I thought we scored a good goal from the corner, and I think the second [Reading] goal is clearly offside, clearly offside.

Nonetheless, it was a fifth successive league defeat for Lambert’s men, which leaves them 21st in the Championship, just a point ahead of the bottom three although they do have two games in hand on Bristol City, the team directly below them in the table.