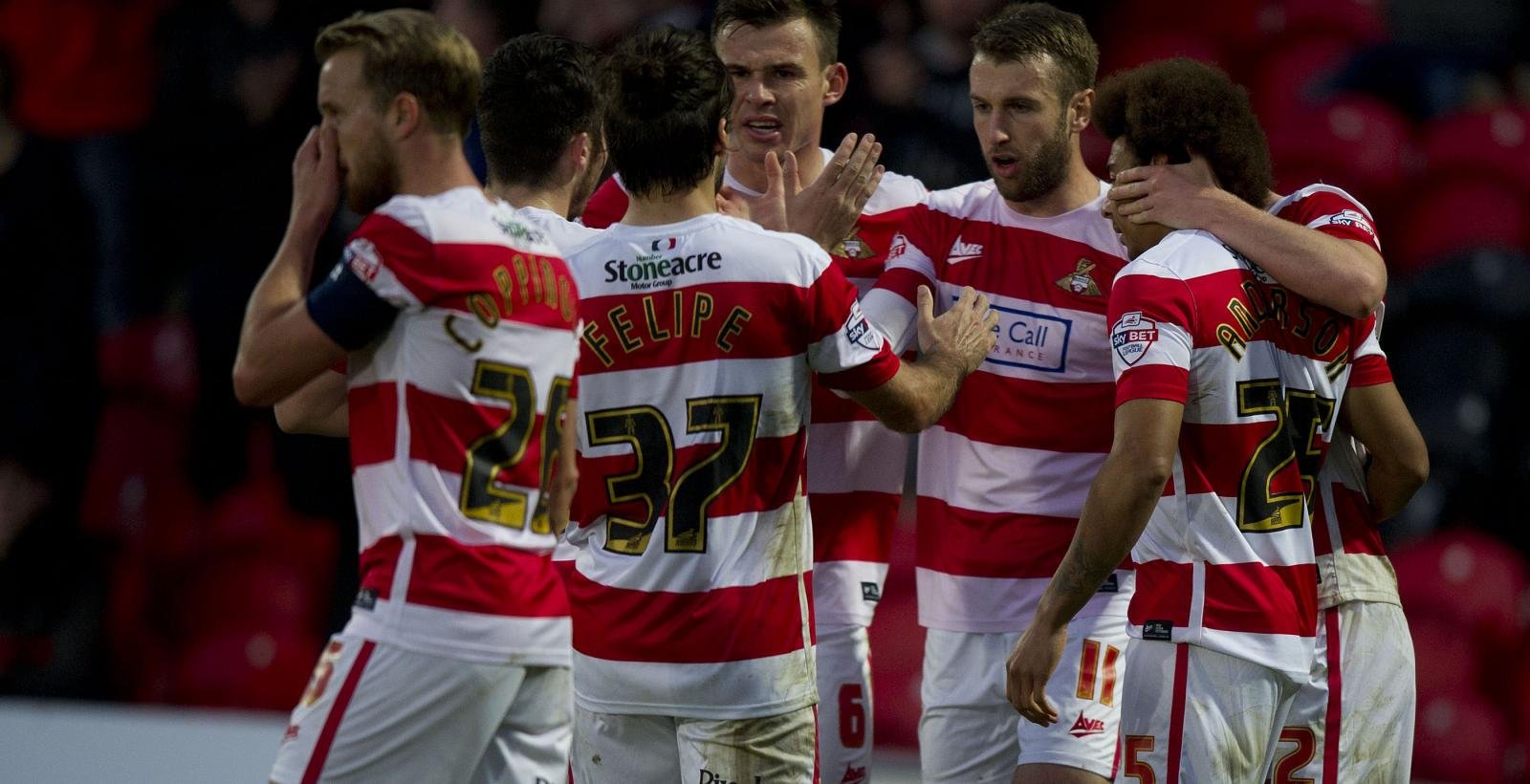 Leaders Coventry host a resurgent Doncaster at the Ricoh Arena as they look to get back to winning ways on Saturday.

On 38 points, the Sky Blues thrashed second placed Gillingham 4-1 last weekend, but have seen the gap reduced to one point due to a midweek goalless draw away to in-form Bradford.

City are unbeaten in 10 league games and are yet to lose at home this season, stats which will no doubt please boss Tony Mowbray and frighten their opponents.

Doncaster are 15 places and as many points away from Coventry, but have won three of their last four matches in the division.

Having only taken seven points away from home and a mere four points above the relegation zone, the timing of their visit to the league leaders could not have been worse for Rovers, who want to put distance between themselves and the drop.

Meanwhile, Gillingham will want to keep the pressure on the top this weekend as they travel to Shrewsbury.

The Gills have only won three times in nine attempts on the road so far which manager Justin Edinburgh will want to change quickly, as they need to replicate their superior home form to make an impression on the top spot.

Hosts Shrews are only three places and a single point above the drop, with nine points collected at home in eight matches.

A midweek 4-2 victory away to Sheffield United helped them stave off the bottom-four, but there is a genuine chance that against tough opposition Town could fall further into the depths of the league.

Bradford jumped into the final play-off place and are enjoying a great run of late, with nine matches unbeaten including six victories. The Bantams are on 31 points, just two behind Saturday’s opponents.

Phil Parkinson’s side have also been given the good news that 19-year-old defender Reece Burke will remain with the club until January 2, bolstering options ahead of the busy Christmas period.

Walsall have faltered in the last week as a 1-1 draw to Sheffield United followed by a 2-1 loss to Swindon has seen them lose ground to the top-three.

The Saddlers will need to take something from this match or their position in the top-six could be in jeopardy.

Colchester will play their first game after sacking boss Tony Humes when they travel to third placed Burton.

Surrendering a 2-0 lead to lose 3-2 at home to bottom club Crewe sealed the fate of Humes, who has managed the club for less than 15 months.

The U’s have an abysmal record in the league with four straight defeats and a solitary win in nine. United also have the worst defence with 44 goals shipped in 19 games.

Burton will smell blood against their stricken opponents as following a victory against Wigan in midweek, Albion are three points behind Coventry with a game in hand to be played on Tuesday.

Back of the pack Crewe will be hoping that Tuesday’s victory against Colchester will inspire them to start climbing the table.

Ryan Lowe made an instant impact after being loaned from Bury, with the 37-year-old coming off the bench to score the winner to take Alex to within three points of safety, and level with this weekend’s opponents.

Oldham visit Gresty Road after two league defeats, including a 5-2 drubbing at home to Southend.

Amazingly, Athletic are the only team in the division to be unbeaten away from home, with two victories and seven draws, but are still in the relegation zone.

Blackpool are also in trouble at the wrong end of the table, as they are 23rd and not last thanks to a slightly superior goal difference.

With five straight defeats, that has seen them fall further from safety, the Tangerines need to turn their fortunes around this weekend.

They take on Fleetwood who are two points and four places better off after back-to-back victories.

Wigan lost their 12-match unbeaten record to Burton in midweek but remain in fifth thanks to results around them.

Only five points from the summit, Gary Caldwell’s side have a brilliant home record with six wins in 10 outings at the DW.

Southend, who are unbeaten in five, are the visitors and know that a win would put them joint on 33 points with the Latics.

All League One Matches:

Barnsley vs Sheffield Utd (12.15pm)
Blackpool vs Fleetwood
Burton vs Colchester
Chesterfield vs Swindon
Coventry vs Doncaster
Crewe vs Oldham
Millwall vs Bury
Rochdale vs Port Vale
Scunthorpe vs Peterborough
Shrewsbury vs Gillingham
Southend vs Wigan
Walsall vs Bradford