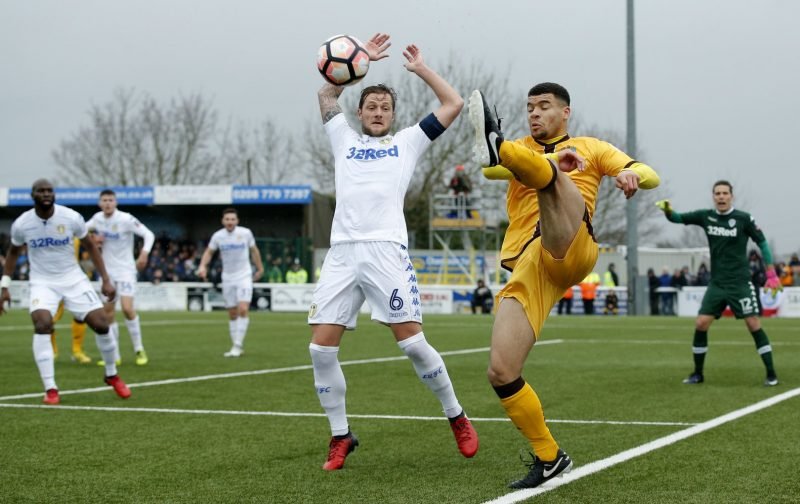 Leeds United centre-back Liam Cooper has today been charged with violent conduct by the FA following their 1-0 defeat at Reading on Saturday.

The 25-year-old allegedly stood on Royals defender Reece Oxford in the 74th minute of their clash at the Madejski Stadium, which the hosts won thanks to a fine first half strike from forward Yann Kermorgant.

The incident involving Cooper and Oxford was not seen by the match officials at the time, and the Leeds defender now has until 6pm this evening to respond to the charge, otherwise he will likely serve a minimum of a three-match ban for the offence.

Garry Monk’s side visit Brentford this evening in a bid to get back to winning ways following Saturday’s loss, and indeed consolidate their place in the Championship’s top six.

However, several Leeds fans took their focus away from tonight’s clash at Griffin Park to comment on Cooper’s charge, with several angry that Reading’s Tyler Blackett escaped FA punishment for seemingly elbowing striker Chris Wood during the contest…

@FA What about the elbow on the Leeds player? Any charges?????

@FA Blackett being charged for his elbow too then yeah?

@FA Yet you don't charge Blackett for elbowing Chris Wood in the face, typical of the #FA

@FA Why has @ReadingFC Tyler Blackett not been charged by the @FA for his forearm smash on @officialcwood ?!! Disgusting!!

@FA @waynelufc1 He's defo getting a ban but it will be 4 matches I'd guess but blackett should also be charged it's not one rule for leeds….oh wait