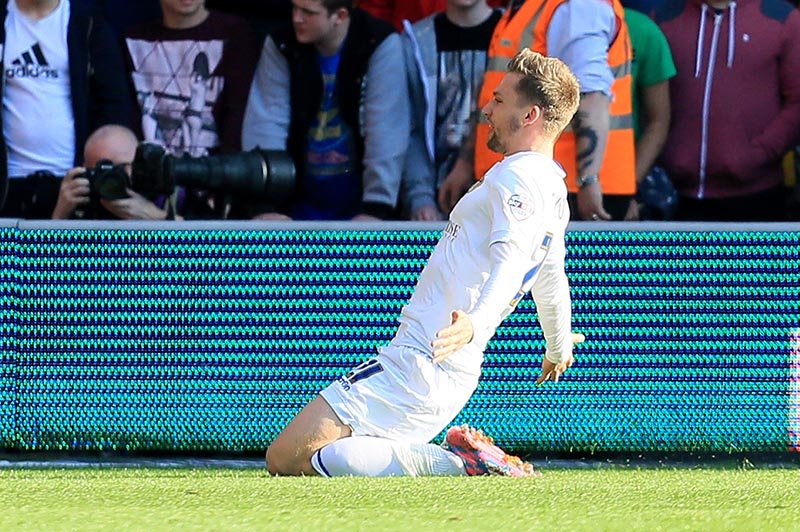 Charlie Taylor has been offered a new deal by Leeds United despite refusing to play for the club in the final game of the season.

While many fans may question the logic in offering a player who doesn’t want to be at the club, a new deal, there is a method in their madness as due to EFL rules Leeds need to offer Taylor a new deal matching his current salary, the club now being entitled to compensation when the out-of-contract left back moves on.

West Bromwich Albion have been linked with Taylor who was fined two weeks’ wages over his decision not to play in the 1-1 draw with Wigan Athletic, citing how he’d been advised not to risk his fitness ahead of a potential summer move.

The Baggies are understood to have spoken with Leeds in an effort to avoid a fee being set by a tribunal which could potentially see Tony Pulis paying more for the defender.

Taylor has been at Elland Road since he was nine years old, making over 100 appearances but his actions have seen him go from a popular home grown talent who’s loved by the fans to someone many supporters view as a player who’s let the club and the fans down.

Fans have been giving their reactions to the club’s decision on social media:

Taylor refuses to play in the last game then we offer him a 2 year contract, sound#lufc

That contract offer for Charlie Taylor in full: 50 quid a week, half-price car parking at Elland Road and a bucket of cold sick #lufc

For once, an unusually good but likely fruitless contract decision by LUFC. Taylor would cost £6m to replace.

Charlie Taylor offered a new two-year deal – but purely to ensure that Leeds receive compensation. Club don’t expect him to sign it. #lufc

@PhilHayYEP @LeeSobotYEP If be devastated if he signed it anyway. Don’t want anybody who refuses to play near our club.  #premierleaguebenchboy

@PhilHayYEP I hope he doesn’t sign it now, after West Brom pulled out. Don’t want him here, wrong attitude, isn’t good enough either.