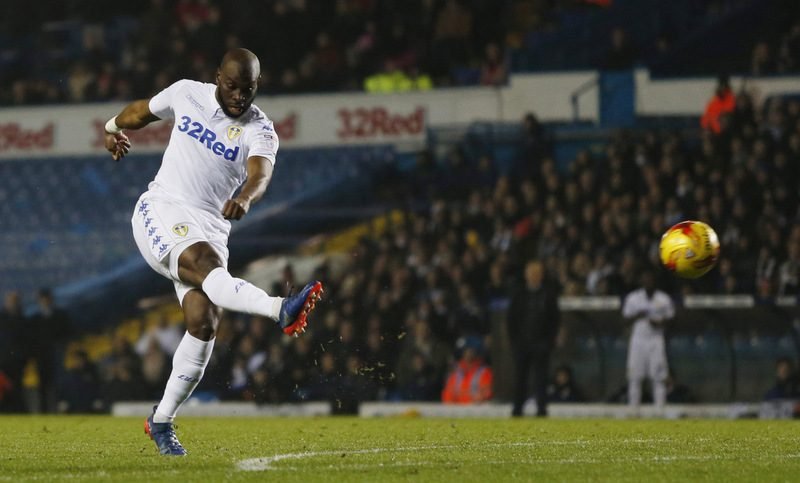 For every free scoring striker there’s a slightly less partner, or in some cases understudy who’s vital in his own way to the team but is forced to spend much of his time in his team mate’s shadow, the Chris Sutton to  their Alan Shearer, and for Leeds United such a player is Souleymane Doukara who according to an interview he gave ahead of this weekend’s clash with fellow promotion chasers Reading has recently signed a new deal at the club.

The contract extension will keep Doukara at Elland Road until the end of next season which if all goes to plan means he’ll be featuring for the club in the Premier League during the next campaign, although some pundits, media and even fans have questioned whether the striker is good enough even for the Championship let alone English football’s top tier. Five goals so far this season for Doukara during a campaign which has seen Chris Wood score 27 doesn’t seem that impressive but with a new deal signed it’s obvious Garry Monk rates the 25 year-old.

Here’s how fans reacted on social media to news of Doukara’s new deal:

@LeedsUtdRyan yes, but would he be good enough for prem? I doubt it #lufc #mot

@OliWhiteMOT93 @V2Misery @APOPEY I am glad, made a huge difference this season and coming off the bench to win the pen in last game #lufc

@DavidKershaw7 @OliWhiteMOT93 Not good enough for where we want to be, has stolen a wage up till this season and refused to play. Not for me

@DavidKershaw7 @OliWhiteMOT93 I love Green. I love Monk. I have no love at all for Bitey Sicknote.