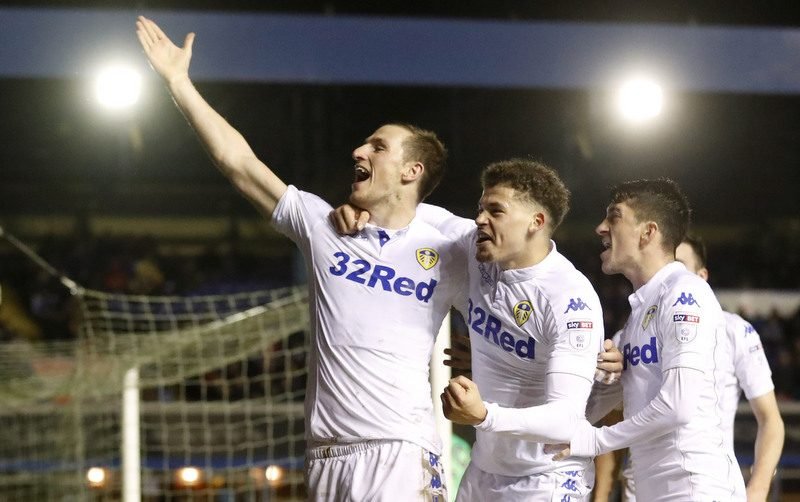 Chris Wood lost out on the Championship player of the season award to Brighton’s Anthony Knockaert at last night’s EFL awards in London a decision which didn’t go down well with a lot of Leeds United fans.

The Whites’ striker has been in fine form this season bagging 24 league goals to help keep his side in the hunt for promotion to the Premier League. It wasn’t all bad news for the Leeds forward as he did make the team of the season alongside centre back Pontus Jansson.

Brighton’s Knockaert has enjoyed a hugely successful season grabbing 13 league goals and the same number of assists as the Seagulls look to upset the odds and achieve automatic promotion to the top flight.

In the end the award ended up being a three horse race between Wood, Knockaert and Newcastle United’s Dwight Gayle but it was the Brighton wide man who got the nod.

Here’s how Leeds fans reacted on social media to the news:

Chris wood deserves this award. Playing in a squad that was expected to finish mid table and performing out of his skin. #lufc #MOT

Chris Wood misses out to Knockaert. Not sure what more he could have done tbh. #lufc https://t.co/0CRlhxLEqn

Not sure what more chris wood could of done to win that…. #EFLAwards #LUFC

I’m sorry but that is an absolute joke, chris wood should have been player of the season