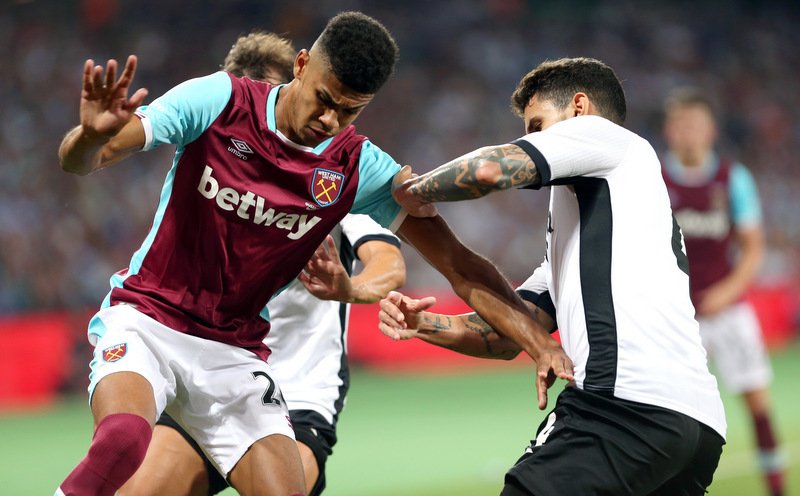 Leeds United will step up their efforts to sign Ashley Fletcher- as soon as West Ham capture Scott Hogan from Brentford.

The long running saga on Hogan’s move across London should be completed before Tuesday night once cuts on the £15m transfer deal are sorted with the player and Rochdale.

Slaven Bilic has been after Hogan since the transfer window opened but after three bids is still waiting to get the striker along to the London Stadium.

Fletcher was a target for Leeds in the summer but despite West Ham’s struggles the former Manchester United striker has only started two matches in the Premier League.

Garry Monk is keen to bring in back up for Chris Wood whose goals have been a major factor in taking Leeds into third place in The Championship with a loan deal for Fletcher suiting all parties.

Fletcher would jump at the chance to get out on loan with his West Ham prospects dimming as Bilic brings in more firepower during the transfer window.