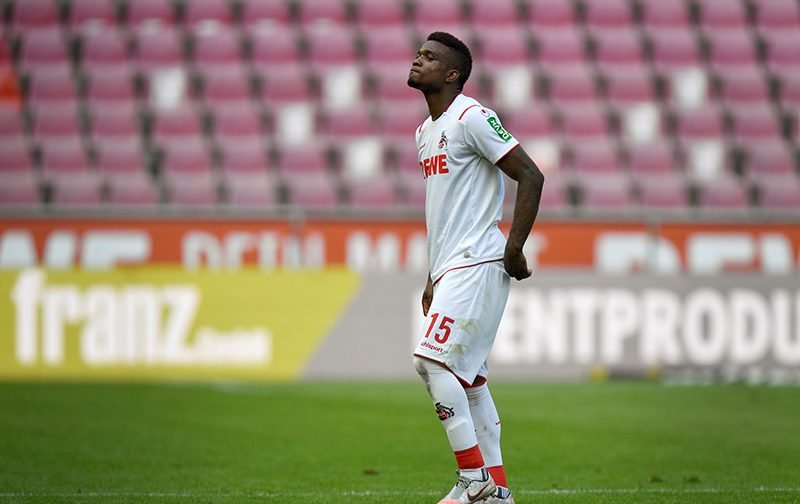 Leeds United and Everton are two clubs thought to be battling for the signature of Cologne striker Jhon Cordoba, according to reports.

After taking a season to settle, the Colombian has done well for the German side over the past two campaigns, scoring 34 goals in all competitions.

According to reports from Kicker (h/t BuLinews.com), the forward’s form has caught the eye of both Leeds United and Everton.

Marcelo Bielsa seems keen to add to his squad ahead of the Yorkshire side’s first top-flight season since 2003/04, while Carlo Ancelotti is aiming to improve on the Toffees’ 12th-placed finish last term.

Despite having just a year left to run on his Cologne deal, it’s claimed that the duo would have to pay ‘well over’ £9 million to have a chance of landing the 27-year-old.

At 27 years of age and coming off the back of his best two goalscoring seasons, now could be the perfect time for Cordoba to test himself in the Premier League.