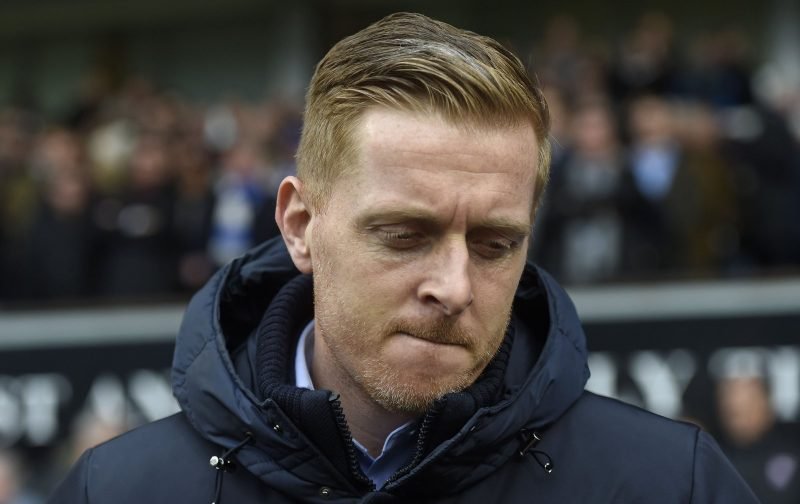 Championship outfit Leeds United could sack manager Garry Monk this summer after failing to make the play-offs, according to The Sun.

The Yorkshire club have been in the top six for much of the campaign after a decent season under the former Swansea boss, but just two wins in their last ten league matches and four defeats in that time has seen Slavisa Jokanovic’s Fulham replace them in the play-off places.

Monk’s men go into their last game of the season away at relegated Wigan Athletic three points behind the Cottagers, but with a significantly inferior goal difference, Leeds’ race is run.

And their stuttering end to what was turning out to be an excellent campaign may well cost 38-year-old Monk his job at Elland Road, with The Sun reporting that he will not get an extension to his current deal at the club, which expires this summer.

Italian businessman Andrea Radrizzani purchased a 50% stake in the club back in January and appears to be having a growing influence at Elland Road, with the appointment of Ivan Bravo to the board of directors the first of what looks set to be a shake-up behind the scenes at the Yorkshire outfit.

And it appears that Monk is not in his long-term plans for the club, despite the 38-year-old set to lead the team to their highest Championship finish since 2011.

Nonetheless, being in the top six for much of the campaign and failing to turn that into a play-off finish is certainly a failure for Monk and his side, and although the Englishman has steadied things at Elland Road, that doesn’t look to be enough to keep him in the job.