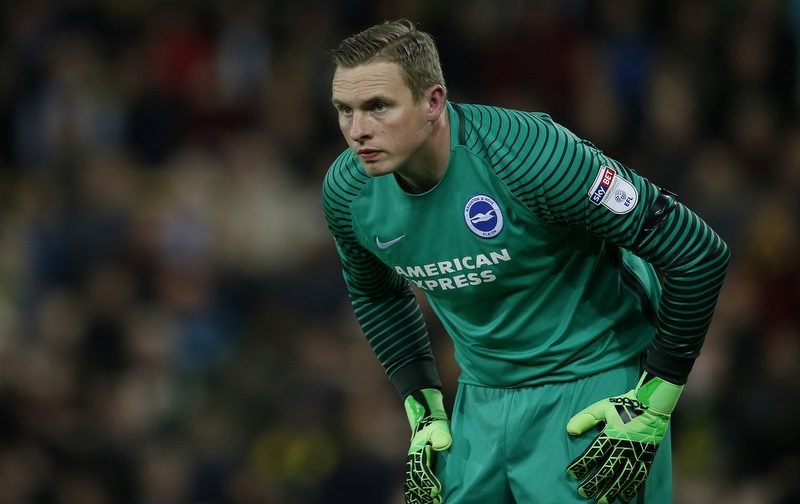 Leeds United are reportedly eyeing a summer swoop for Brighton and Hove Albion goalkeeper David Stockdale, according to the Mirror.

The Championship side, who currently sit seventh in the second-tier standings, just three points adrift of the play-offs with two games remaining, following their most recent 2-1 defeat against Burton Albio, have been linked with a move for the English shot stopper ahead of the 2017-18 campaign.

The 31-year-old, who was called up to the England senior squad back in 2011 and 2012, despite never going on to make his Three Lions debut, has kept 20 clean sheets in 43 league games for The Seagulls so far this season.

Stockdale, who is out of contract this summer, joined Brighton back in July 2014 following his switch from Fulham.

However, the ‘keeper could be on his way out of the Amex Stadium in the forthcoming months, despite Chris Hughton’s side earning automatic promotion to the Premier League next term, with Middlesbrough also monitoring Stockdale’s situation.