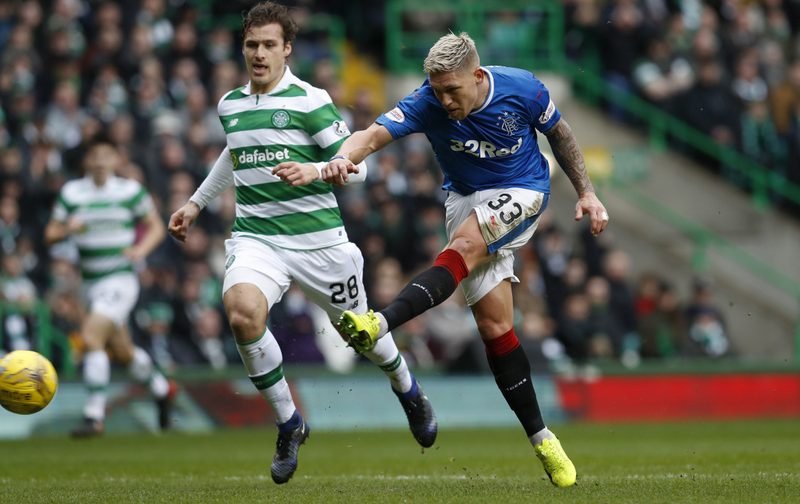 Leeds United are reportedly in the running to sign former England Under-21 international forward Martyn Waghorn, according to the Daily Mail.

The Championship outfit, who sit fourth in the second-tier standings after defeating second placed Brighton and Hove Albion 2-0 at Elland Road on Saturday, have been linked with a move for the in-form Rangers striker this summer.

The 27-year-old, who featured five times for England’s Under-21s between 2011 and 2012, has scored 15 goals and provided seven assists in 31 appearances in all competitions for the Scottish Premiership side so far this season.

Waghorn, who has previously played for the likes of Sunderland, Leicester City and Wigan Athletic in English football, is also said to be attracting interest from Championship rivals Nottingham Forest and Huddersfield Town, as well as Premier League outfit and former club Sunderland.

The forward, who arrived at Ibrox back in July 2015, has netted an impressive 43 goals in 67 games overall for Rangers, where he lifted the Scottish Championship title last term.