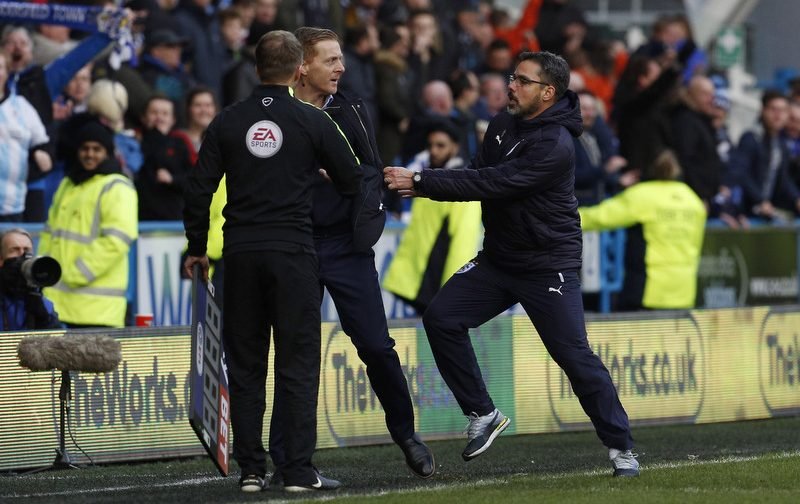 Leeds United boss Garry Monk has been charged by The Football Association for improper conduct for his part in Sunday’s clash with Huddersfield Town’s David Wagner, The FA have announced.

Monk was sent to the stands during the 2-1 defeat after he got involved in an altercation with his rival manager after Wagner ran the length of the pitch to celebrate Michael Hefele’s late winner – a result that saw the Terrier’s move above their Yorkshire rivals by a point in the Championship table.

The official website’s statement read, “Huddersfield’s David Wagner is subject to two alleged breaches of FA Rule E3 in that in or around the 89th minute, his behaviour in entering the field of play amounted to improper conduct.

“It is further alleged his behaviour upon his return to the vicinity of the technical area amounted to improper conduct.

“It is alleged that Leeds’ Garry Monk breached FA Rule E3 in that in or around the 89th minute, his behaviour amounted to improper conduct.”

Both managers have until 6:00pm on Friday to respond to the charges, but may choose to accept them in what was something of a sorry affair for all involved as both sets of players also ended up embroiled in the touchline fracas.

Leeds face 17th placed Cardiff City this weekend, which should give Monk and his team the ideal opportunity to put the Huddersfield loss and its subsequent fallout behind them and continue their quest for promotion, which so far sees them sat in fifth place.