Leicester and Southampton eyeing up move for Galatasaray winger Bruma 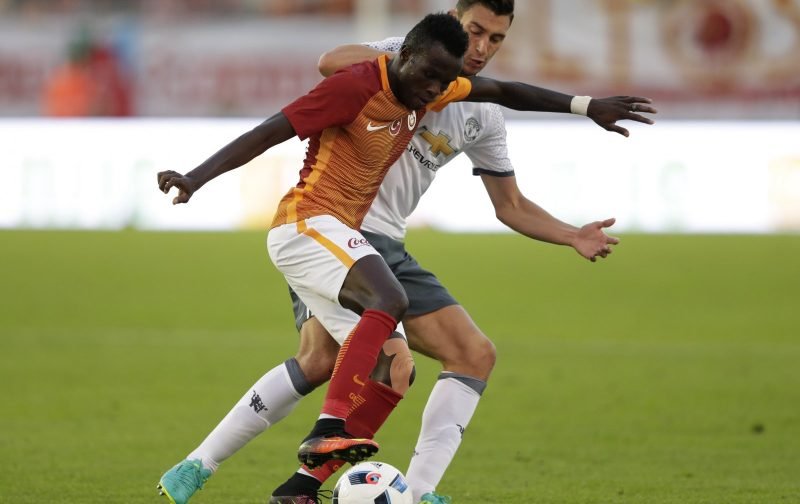 Premier League duo Leicester City and Southampton are keeping tabs on Galatasaray winger Bruma ahead of a potential move in the summer, according to ESPN.

The 22-year-old has been in outstanding form for the Turkish giants this season, netting eight goals and laying on six assists to help the club to fourth place in the Super Lig, four points behind third place Fenerbahce.

However, his form has somewhat tailed off since the turn of the year, with the Portugal Under-21 international having scored just three times in 11 games, and he also got sent off in their 3-2 victory over Antalyaspor last month.

Mauricio Pochettino’s Tottenham were also linked with the youngster last week as they look to strengthen ahead of next season, yet agent Ibrahim Polat, who works for the company that represents Bruma, has ruled out a move to White Hart Lane, although opened the door for a potential deal with Leicester and Southampton.

He said: ‘We are not in talks with Tottenham.

‘Southampton and Leicester City have registered an interest and we have held talks.

‘Bruma is keen on the Premier League and we will be holding further talks next month.’

Claude Puel’s Saints drew 0-0 at home to Hull City on Saturday to remain ninth in the Premier League table, although it’s clear that their biggest issue this season has been their lack of goals, with their tally of 39 the joint-least of any side inside the top 11 of the division (alongside West Brom).

So if they are to move to the next level then a move for Bruma makes sense, as he would bring goals and assists to the South Coast, yet it looks like Craig Shakespeare’s Foxes are also keen on the 22-year-old.

The champions all but secured their top-flight status with victory at West Brom on Saturday, moving them nine points clear of the drop with four games to go, and manager Shakespeare may well be looking ahead to next season and how best he can take the Foxes further up the league table.