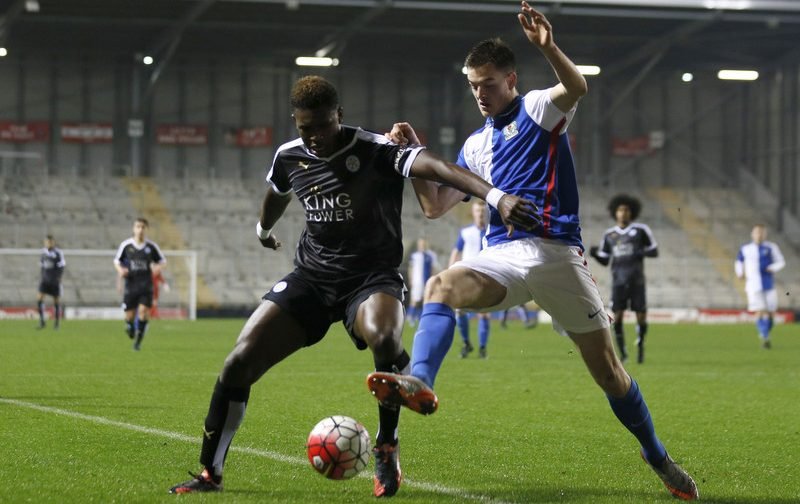 Here at Shoot! We keep a close-eye on the young talents progressing through some of England’s best academies. Today we turn our attention to the East Midlands.

Having already looked at Foxes youth products Layton Ndukwu and Harvey Barnes, we now turn our attention to Leicester City’s Under 23 defender Darnell Johnson. At the age of 18, the England youth international can Shoot for the Stars.

It’s a cold Wednesday night in February 2015. There are less than 2,000 supporters watching; some have, even, already gone home. It’s 1-1 and extra-time beckons. That’s until…

Well that’s until a late, late header by Leicester’s Johnson. The youngster, who had not even completed his GCSEs by this point, nodded home a late winner to see the Foxes’ Under-18’s progress into the semi-finals of the FA Youth Cup.

As the godson of former Leicester and England striker Emile Heskey, you may expect the Leicester-born fox to be lethal in front of goal. You would be wrong. Ever since a young age, defending has been the passion of Johnson. This desire was the reason Leicester signed the youngster while he was still young.

Week-by-week Johnson would make the trip to Belvoir Drive training ground. Within the training complex, he would come close to the first-team dressing room. Perhaps one day, he thought, he could be in there as a leading star in Leicester City’s Premier League, or at that point Championship, side?

They always say hard-work is the best medicine for success. But you always need a bit of ability also. Thankfully, Johnson had that also.

The hard work most certainly payed off. As a youth, he would regularly play above the year above his age group. He sent out the message to then Academy Director (and now Director of Football) Jon Rudkin that he meant business.

But it was not just Rudkin taking notice of his ability. By October 2013, Johnson had made his England youth debut – this kid was not just special for his respective club, but also for his country.

By 2014, he had begun to play for the Under-18’s on regular occasions, alongside Layton Ndukwu, who he had played with throughout his childhood at academy level. 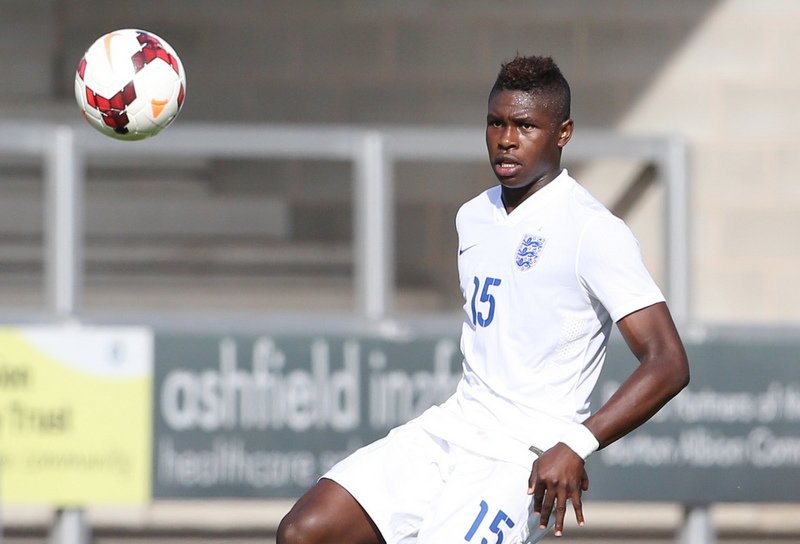 While the Foxes’ first-team produced a frail start to their return to Premier League football, the youth team shone in the competition that Rudkin always suggested, this particular age group, would shine in.

By the time the Under-18’s had defeated Chesterfield in January at the King Power Stadium, in the FA Youth Cup fourth round, perhaps there were a few suggestions that this campaign could be a special one. But on a February evening, it all appeared to be going down the drain.

With extra-time beckoning, perhaps the 2,000 crowd thought that tonight could be the end of the Youth Cup dream for yet another year?

One man who didn’t believe that was Johnson himself. As a large percentage of the sparse attendance made their way for the exits, the Foxes won a free kick. One last chance. Centre midfielder Matty Miles whipped it to the back post. Johnson connected with it and made history.

His winner ensured that the Foxes reached the semi-finals of the competition for only the second time. The comeback was complete. From the brink of defeat, to the brink of history.

Despite semi-final heartbreak against Manchester City in April of that year, Johnson was now a key member of the Under-18 squad.

The following year, he joined the football club full-time on a scholarship. The Youth Cup campaign this time around was a bit more frustrating, although it brought another goal though for the youngster. This time it was against Cheltenham Town at the King Power, just days after the then reigning champions were defeated by the future Premier League champions on the hallowed green turf.

Appearances with the development squad were also frequent too. With Claudio Ranieri investing his time in youth this season – Ben Chilwell has already shone at Premier League and FA Cup level this year, while Harvey Barnes made his debut in the Champions League in December – the King Power Stadium is the correct place for Johnson’s development.

Gary Lineker. Emile Heskey. Andy King. Will Darnell Johnson be the next name added to the list of prestigious youth academy products from this historic East Midlands club?