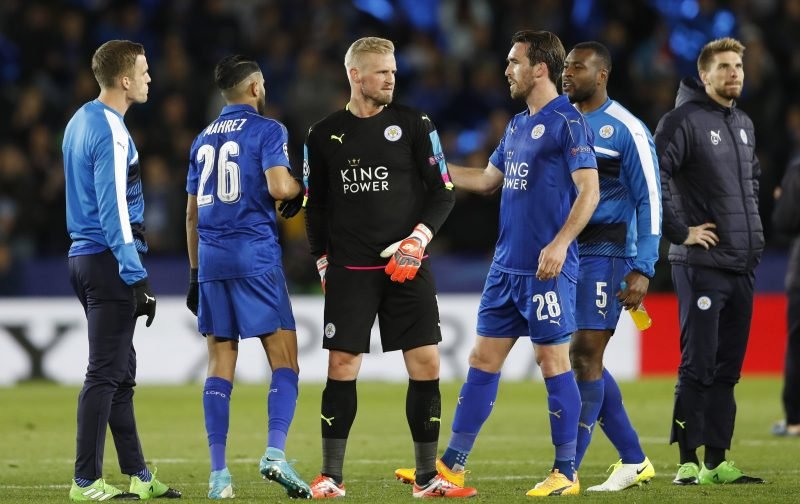 Leicester City’s magnificent Champions League adventure came to an end on Tuesday night after they went down 2-1 on aggregate to Diego Simeone’s Atletico Madrid.

Craig Shakespeare’s Foxes trailed 1-0 from the first leg in the Spanish capital, and their task became significantly harder when Saul Niguez headed home midway through the first half at the King Power Stadium.

And although the Premier League champions got themselves back into the game on the hour through Jamie Vardy, they ultimately had too much to do, and thus exited the competition at the last eight stage.

It was not through the lack of trying though, as Shakespeare’s men created several opportunities and had last season’s runners-up rattled and on the back foot for much of the second period, but Atletico’s defensive qualities shone through as they booked a spot in the semi-finals for the third time in four years.

It means that Leicester’s wonderful campaign, which saw them top their group and then produce a sterling effort to come from behind to beat Sevilla in the last 16, comes to a spirited end at the King Power Stadium, and they will now turn their attentions to confirming their Premier League status for next season.

Unsurprisingly, several Foxes supporters took to Twitter after the game to express their overwhelming pride at their side’s performance against one of Europe’s best teams…

heroic 2nd half performance from #LCFC. Made the country and most importantly the fans proud.Diego Simeone was a class act #LeicesterAtleti

Couldn't be prouder of Leicester City tonight. Immensely brave performance particularly in the 2nd half. I love this team #lcfc

While many Leicester fans lauded the immense talent within the squad, and praised the wonderful display of Ben Chilwell, who came on as a second half substitute to great effect on Tuesday…

Folks, look at the performance at Palace, and the response in the 2nd half today. Shakey needs to be made permanent at season's end. #LCFC

The dream is over, but what a way to go out. #lcfc
Give Shakespeare the job full time.