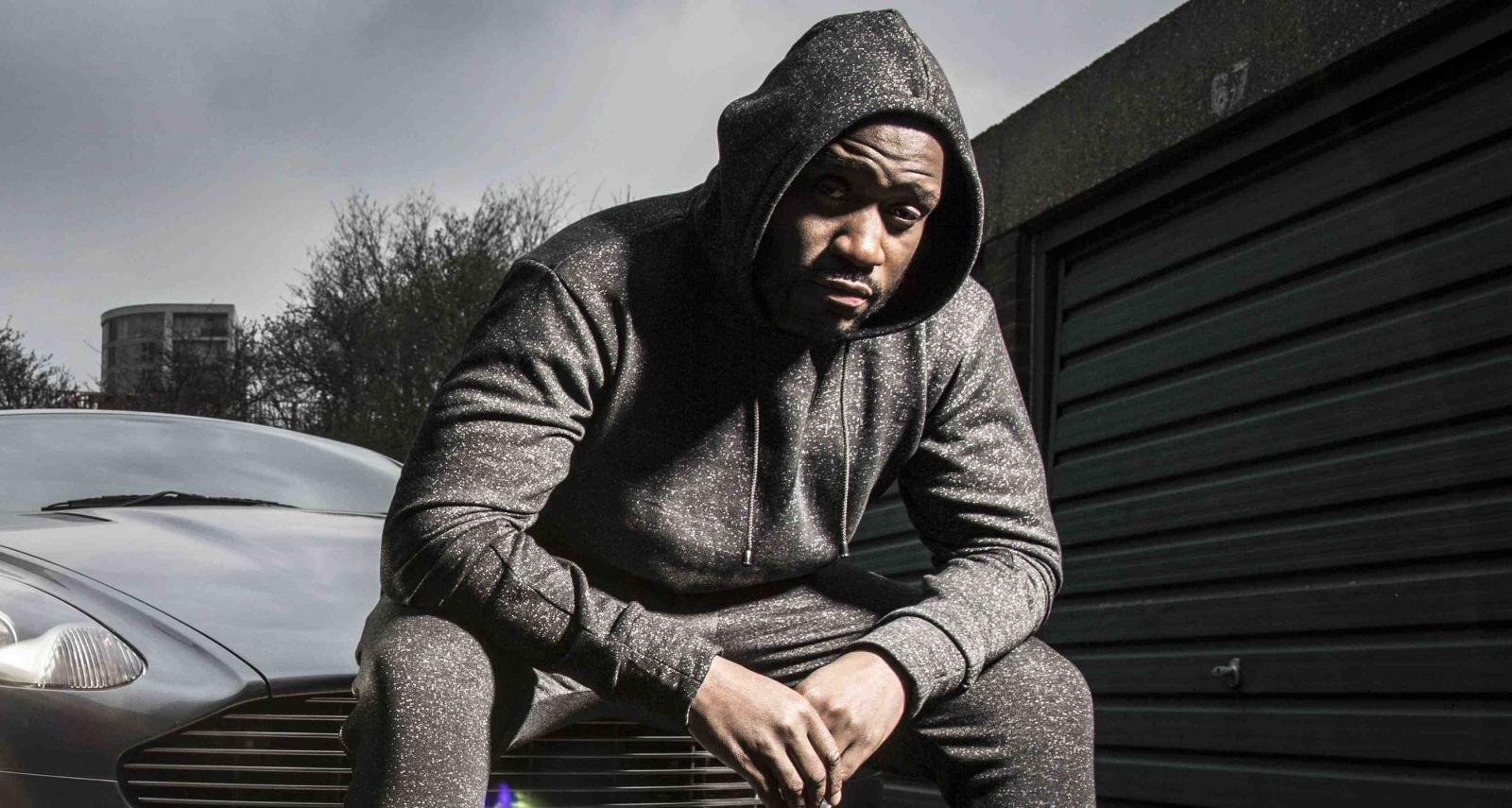 Grime king Lethal Bizzle has been on the music scene for 13 years now, but his success shows no signs of drying up.

Big singles over the years, such as ‘Fire’, ‘Pow (Forward)’ and ‘Leave it Yeah’ have catapulted him into the spotlight, allowing him to build up a legion of fans, and he has just released his much-awaited single ‘Fester Skank’ in April, before playing some huge festivals this summer.

An Arsenal fan, Bizzle has witnessed another typical season for The Gunners as they look set to miss out on winning the Premier League while also exiting the Champions League at the last-16 stage.

Shoot spoke to Lethal about his new single, his ‘Stay Dench’ clothing range and what it’s like being a Gooner.

Your new single FESTER SKANK came out on April 12th. Can you tell us a bit more about it?

“It’s a track me and my pal, Diztortion, made. The way we made it was quite random and organic. We played it and I was doing the dance, which is now the ‘Fester Skank’, and he was filming me. We posted it online and all my fans were going mad and telling me the dance was sick. One of the comments said ‘Uncle Fester’ and we thought that we could probably do something with that title. We were in the studio at the time so we decided to make it into a song and it was one of the quickest songs I’ve ever made. It was done in an hour.”

Is there a new album in the pipeline as well?

“I’m working towards that. It all depends on how the records connect and I’ve got a few singles I want to release beforehand but hopefully towards the end of this year or 99% early next year there will be one.”

You’re playing a few festivals this summer including Wireless and the Reading and Leeds festivals. Are you looking forward to those?

“Most definitely! They are probably some of my best festivals as I’ve done them before so I’ve got a few tricks up my sleeve and it should be an epic show. I’m really trying to push the boat out so it should be a memorable one. There will be a lot of skanking! And we’ve got something planned for when we perform Fester Skank too.”

You created a ‘DENCH’ clothing range with former Arsenal midfielder Emmanuel Frimpong. How is that going?

“Yeah that’s amazing. We’re in our third or fourth year now and we’re going to release our summer range in April and we’ve got lots of snapbacks and cool t-shirts. I want to big up all the fans that have been supporting us over the years.”

Frimpong is playing over in Russia now. Have you spoken to him much?

“Yeah he still comes back when he has a few days off for international breaks and things like that. He said it’s freezing over there but I might go over to watch them when they play CSKA Moscow or someone. He’s in good spirits and staying injury free and he might be back over here in the future so look out for him.”

You’re a Gooner. Do you get to go to many games?

“Yeah I got quite a lot. We’re having a decent season but I’d like to win something so hopefully we retain the FA Cup. I was disappointed with the Champions League exit and I still think we’re a bit short from winning the Premier League but we’re not far behind and need a couple of signings to help us get our hands on it again.”

How disappointing was the Champions League exit against Monaco for supporters?

“It was typical of us. I was at the first leg at the Emirates and I don’t think we showed them enough respect. We got punished heavily but well done to the boys because they worked their socks off in the return leg. Our record in Europe isn’t good enough though, and we’re definitely not doing something right and we need to improve.”

How did you get into football?

“I started playing it in the school playground and it was the only thing we did really. Football was a massive part of my childhood. My Dad was a Tottenham fan actually so I think I rebelled against him!”

What are your earliest memories of supporting Arsenal?

“Probably the Ian Wright era. He had an aura about him that made me feel I could be him. He was a local boy and he had a similar upbringing to a lot of people I knew. When I was on the playground I was Ian Wright and on my first Arsenal kit I had his name on the back. His presence was behind me wanting to be a footballer and I pursued that dream for a bit, but it didn’t quite work out.”

Realistically, the club could still finish second and win the FA Cup. Would you see that as a successful season?

“It would be a decent season. Finishing second and winning the FA Cup would be good but we need to get our hands on the Premier League again. I would be satisfied but we’d be second best again. Are we in the Premier League to win it or just to make up the numbers? We need to do better in Europe as well.“

If you were Arsene Wenger what changes would you make in the summer?

“I think we may need a new striker because we rely too much on Giroud. Welbeck’s been a decent signing but we’d like more goals from him. I think if we can get another defensive midfielder too. Coquelin’s doing an amazing job at the moment but if he gets injured we’re in trouble. We haven’t got the fastest centre backs in the world so it’s important to have that shield in front of them.”

A lot of Arsenal fans seem to rate Mesut Ozil but he also gets a lot of bad press too. What is your view on him?

“Me personally, I would expect more from him for the price tag. I know he’s come to a new league but when you compare him to Sanchez who has come in and made a massive impact in his first season, you wonder if we’re getting enough for our £42m. To be fair though, in the Monaco game, I saw a different side to him. He had a sense of urgency about him. He’s a good player and he’s great on the ball but we don’t get enough from him off the ball yet.”

What’s been your biggest high as a fan?

“Probably ‘The Invincibles.’ Not just for Arsenal but in football history. I know Preston did it but I don’t know if anyone was born then! I watched a documentary the other day and it was really good to see how everyone was feeling at times when it could have been lost, and I don’t think it will ever be replicated again. It was a team full of world class individuals and I still don’t think we’ve replaced players like Patrick Vieira yet.”

And your lowest moment?

“Probably the 8-2 defeat to Manchester United. It was disgraceful! Funnily enough I was with a couple of boys a few days before that game and we had a few players out so it was going to be quite an inexperienced side playing. There was a weird aura and I could feel that they were scared to go to Old Trafford. The team was so weak and I wasn’t that surprised by the scoreline in the end.”

Aside from Ian Wright, who are your favourite players from your time supporting Arsenal?

“My all-time favourite player is Dennis Bergkamp. He was a genius and sometimes I don’t think he gets the respect that he deserves. Henry is another obvious one. Also Vieira, Keown and Ray Parlour… There’s too many to mention!”