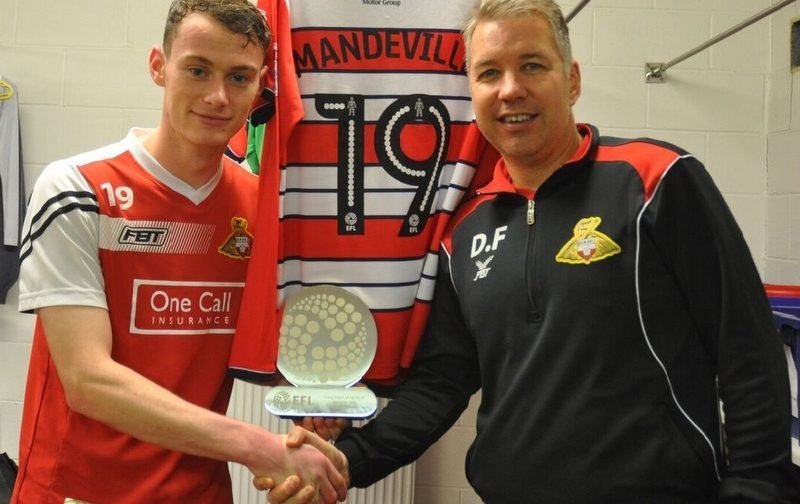 Doncaster Rovers’ Liam Mandeville has been named the EFL Young Player of the Month for November.

Since his significant breakthrough this season, the 19-year-old striker has shone in the front line at Doncaster Rovers, scoring six goals in his last seven appearances as Rovers currently occupy third place in League Two.

Having previously played for Sunday League team Leven FC, Mandeville signed for Rovers at 16 years of age when he was offered a two-year youth scholarship, before being awarded a professional contract when he was just 17.

He made his debut for the club in 2015, scoring his first professional goal the following year, but the 19-year-old only managed 11 appearances across the two seasons.

However, Mandeville has featured 21 times already this term and has firmly established himself in Darren Ferguson’s side.

On winning the EFL Young Player of the Month award, he said, “I’m very happy obviously.

“It’s nice to be recognised for my individual performances but as a team we got three league wins in November which was really important.” 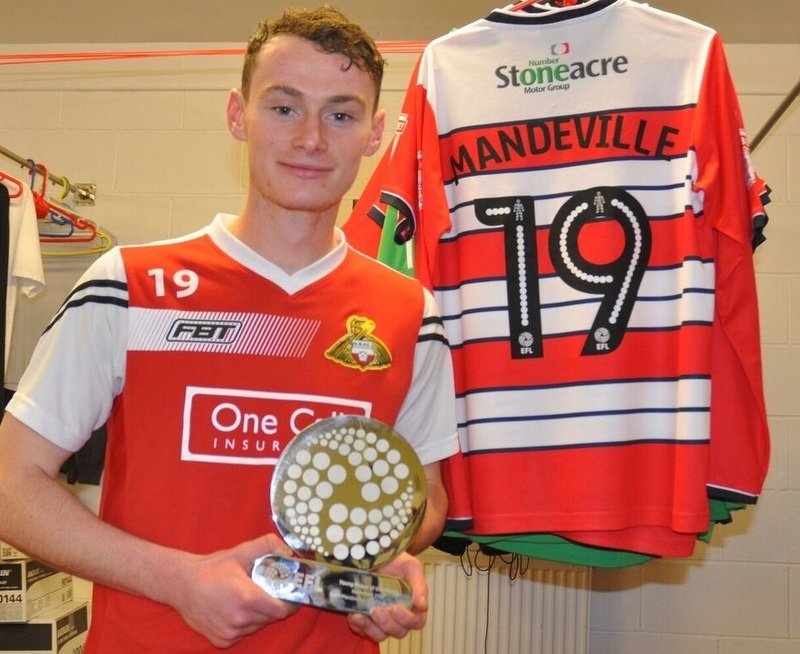 Since being given an opportunity in the first-team, Mandeville has been key to Rovers’ good run of form and an unbeaten November has seen them go five points clear of the play-off places in League Two, sitting just two points off top spot.

His standout performance this season arguably came away at Exeter City. With Rovers 1-0 down, Mandeville was introduced to the game and had an instant impact, scoring the equaliser before getting two assists as Rovers scored three goals in 15 minutes, winning the game 3-1.

When asked about his form, Mandeville added, “I have a bit more belief in myself and confidence in my game at the moment and I think that’s shown.

“I’ve started a lot more games recently and I’ve just built on each performance getting better and better each week.

“Coming to Doncaster Rovers from Sunday League football was unlike anything I’ve ever experienced before, it was a really big transition.

“I remember my first day training, I couldn’t feel my legs afterwards, but I’ve developed a lot over the last couple of years and feel a lot stronger physically now.”

Manager Darren Ferguson was also quick to praise Mandeville for his contribution to the side so far this season, “He deserves this award.

“He’s always the last one off the training pitch and when given the opportunity to come into the side he took it.

“He is a strong boy mentally and is really showing his ability now that we’ve given him a platform to play on.

“He has the confidence and the belief that he should be in the team and that’s massive for a young player like him.”

Mandeville is the first-ever Doncaster Rovers player to win the EFL Young Player of the Month award, but with boss Ferguson keen to develop youth, he will be hoping for more in the future.

“My philosophy has always been to develop young players,” Ferguson continued.

“Young lads play with no fear. They bring a real energy and a good attitude to the team who are always willing to learn. Liam really typifies that.”