The Dutchman has been a rock at the back for the Reds since moving from Southampton in January 2018.

Van Dijk helped the Merseyside club win the Champions League and finish runners-up in the Premier League in his first full season at the club.

During that European Cup winning campaign, Jurgen Klopp’s side knocked out Barcelona in the semi-finals, overturning a 3-0 first-leg defeat to win 4-0 at Anfield. 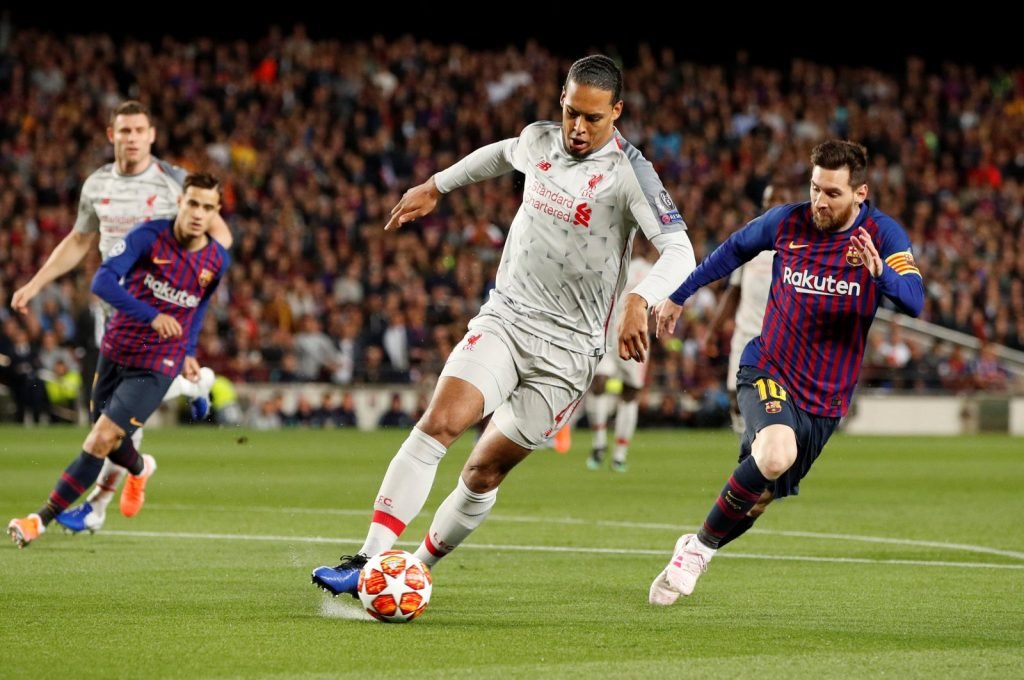 And Messi, who was on the opposite side on that remarkable night, has explained why Van Dijk is so difficult to play against.

“He is a defender who knows how to judge his timing and wait for the right moment to challenge or jockey,” the Argentine legend told Marca.

“He is very fast and big, but he has a lot of agility for his height.

‘He is fast because of its great stride, and he is impressive both in defence and attack because he scores lots of goals.”

The duo have been up against each other for individual awards this year, with Messi winning FIFA’s Best of 2019 and Van Dijk collecting the 2018/19 UEFA Men’s Player of the Year.