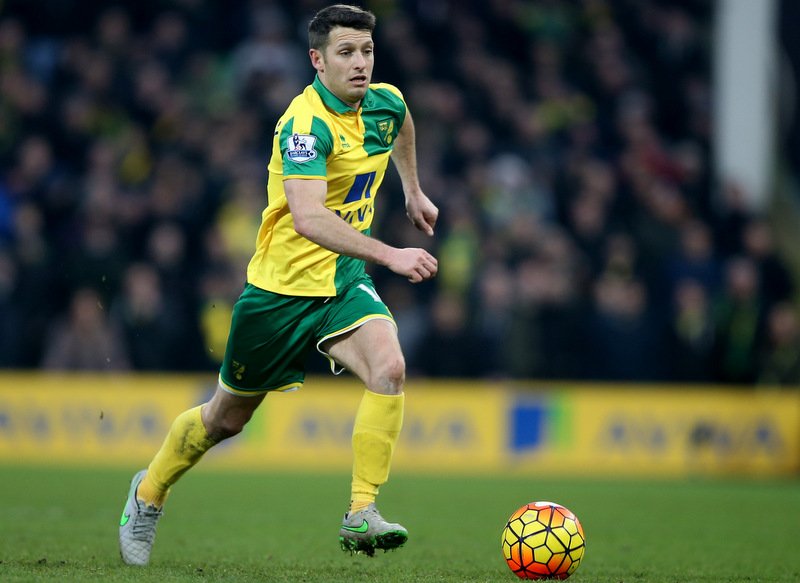 It has been no surprise to see Norwich near the top of the Championship table, and even less surprising to see that Wes Hoolahan has been instrumental in City’s success.

The Irish magician is affectionately known as ‘Wessi’ by Canary fans, a comparison to Lionel Messi and the dazzling footwork that the two players share.

Hoolahan’s goal against Rotherham United was a fine example of this as he tormented the Millers’ defence and goalkeeper before casually rolling the ball into an unguarded net.

That is the ability that he has and is one of the reasons why Norwich have got to be considered as one of the favourites to achieve promotion back to the Premier League.

It usually seems like whenever Hoolahan plays well, then the Canaries are usually on song too. That is the influence he has and has had for numerous years.

Like a lot of the good things in place at Norwich, a lot of the credit must go to Paul Lambert for fully unlocking the potential of the diminutive playmaker.

Pre-Lambert, the Irishman was often played out on the left wing, with Hoolahan’s lack of pace often wasting his creative talents. Lambert soon realised that playing him behind a striker was the way forward.

Hoolahan’s partnership with Grant Holt and Chris Martin was almost telepathic at times, with the three so often playing in sync with each other and to great effect.

The Irishman’s team-mates have changed considerably over the years, but Hoolahan has continued to exert his influence on the Canaries – even now at the grand age of 34.

If anything though, he has got even better with age. This has been recognised with him being consistently called up to his country and playing a starring role in Ireland’s side.

Having previously been overlooked by his country, it is fantastic to see Hoolahan involved and it has been fully deserved after a number of great years of service at Norwich.

We have continued to see the best of him at Norwich, even if he is rotated occasionally now to fully utilise the talented squad at Alex Neil’s disposal.

You can certainly notice when ‘Wessi’ is not playing though. He is like the glue that holds the team together and his creativity allows others to also play to their strengths.

This season sides have tried to man-mark him, but he really does have licence to roam and often stretches the game into Norwich’s favour.

The goals have gone in from around the pitch this season, which will have been pleasing for Alex Neil given the unrest over the summer about a lack of attacking options brought in.

Hoolahan is now one of the more senior players in the squad, but his influence has been good for younger players like Alex Pritchard and the Murphy twins.

Pritchard, in particular, looks like he could well be the future heir to Hoolahan’s throne, impressing when called upon this season so far and showing why the club were desperate to sign him.

It will be a sad day when Hoolahan leaves Norwich, but I am certain that many fans will feel privileged to have seen him play.