Liverpool are reportedly interested in signing Brazil Under-23 international forward Malcom, according to the Daily Mail.

The Premier League side, who face Brighton and Hove Albion at Anfield on the final day of the 2017-18 league campaign on Sunday, have been linked with a summer swoop for the highly rated Bordeaux winger.

The 21-year-old, who has featured twice for Brazil’s Under-23 side, has scored 10 goals and provided seven assists in 36 appearances in all competitions for the Ligue 1 outfit so far this season.

Malcom, who joined the French outfit back in January 2016 following his £4m move from Corinthians, has netted 21 goals in 94 games overall for the club. 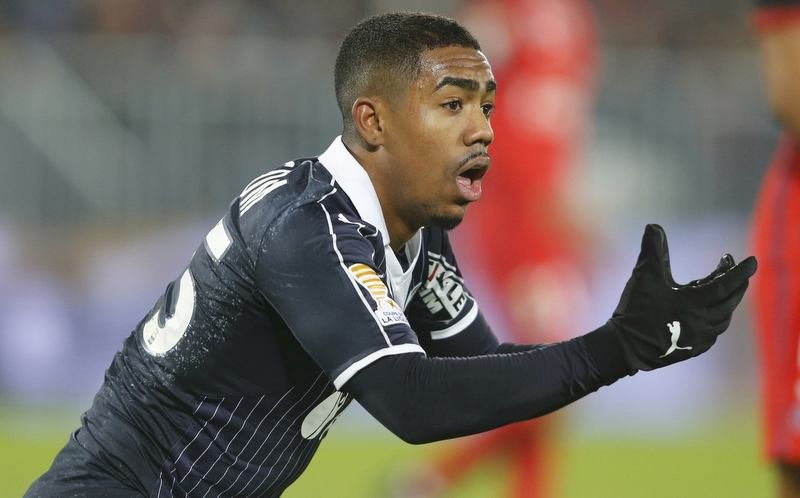 The report claims The Reds have identified the Samba star as a top summer transfer target, with boss Jurgen Klopp looking to further strengthen his already free-scoring front line ahead of next term.

Malcom, who is contracted at Bordeaux until June 2021, is valued at £40.5m, by transfermarkt.

But Liverpool may face stiff competition for the Brazilian’s signature, as rivals Manchester United discussed a transfer for the player during the winter market, whilst fellow Premier League giants Arsenal and Tottenham Hotspur have also been keeping close tabs on the right winger this season.