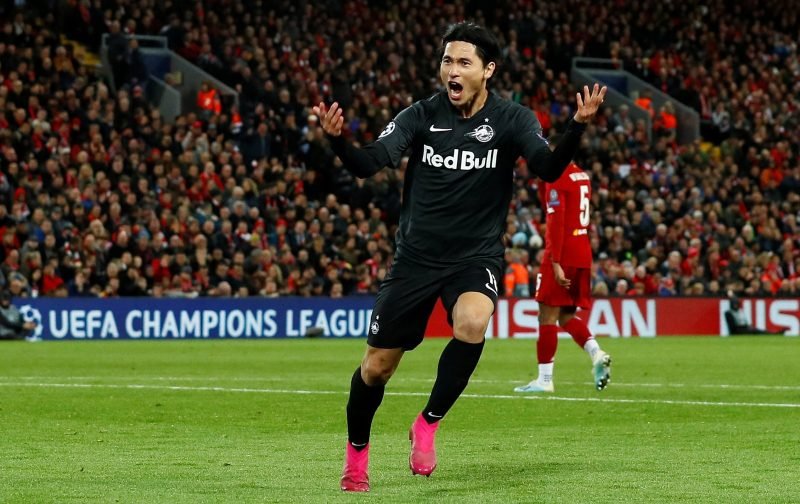 The 24-year-old caught the eye against the Reds at Anfield on Wednesday, scoring the Austrian club’s second goal as they came out on the wrong side of a 4-3 Champions League thriller.

And Calciomercato report that the reigning European champions have been impressed with the Japan international and are weighing up a swoop.

Jurgen Klopp has a squad packed with quality but one worry for him and the fans will be that if either Mohamed Salah or Sadio Mane suffer an injury, they do not have any natural wide players as back-up. 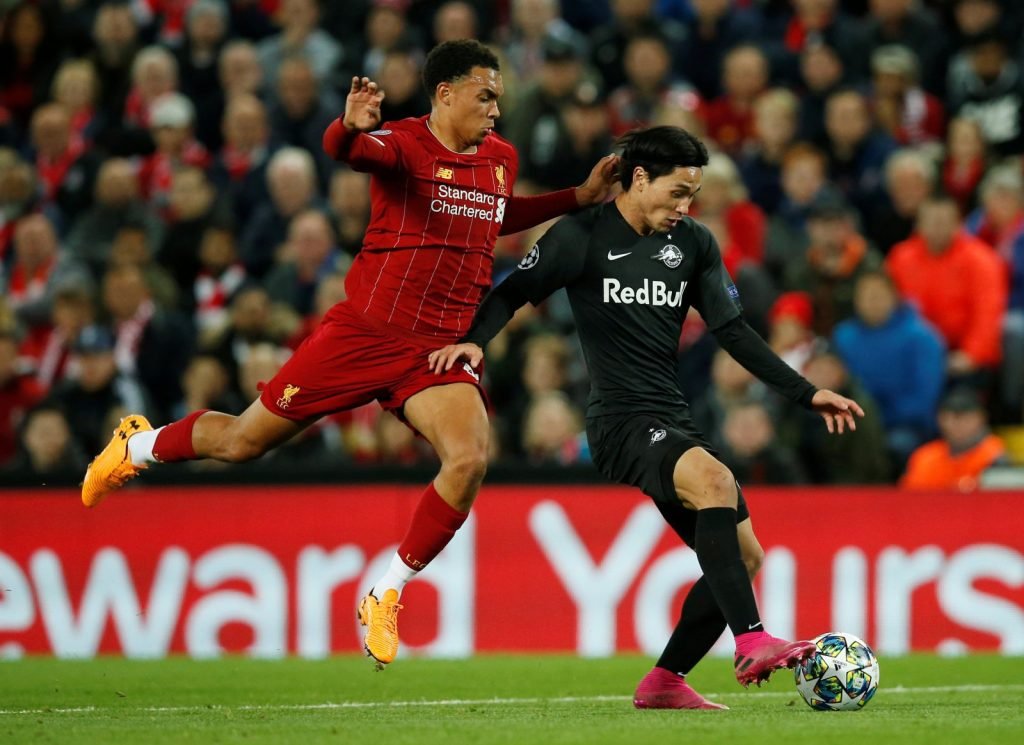 Minamino in action at Anfield.

Xherdan Shaqiri and Adam Lallana probably come closest but both have struggled for form and often like to drift inside.

Minamino, who can play on either flank, has scored six times in 11 matches in all competitions so far this season.

Liverpool currently sit top of the Premier League after winning all of their opening eight matches to leave them eight points ahead of Manchester City who have a game in hand.