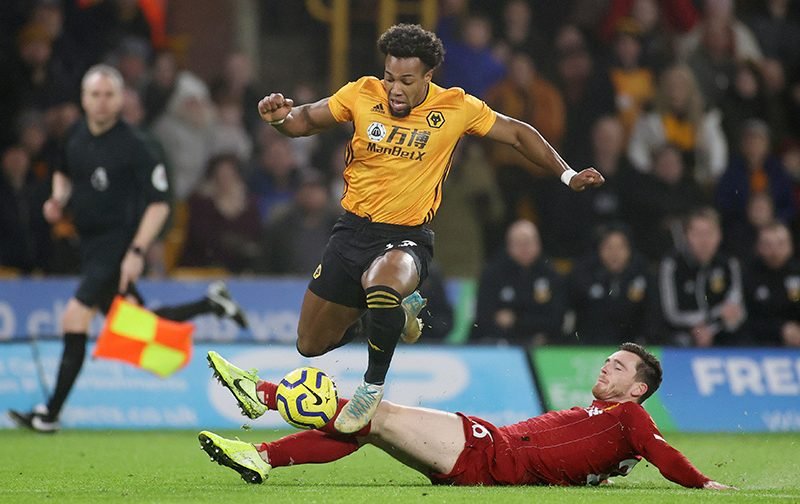 Both Liverpool and Manchester City are interested in signing Wolves winger Adama Traore, according to reports.

The 24-year-old showed big improvements in his game over the 2019/20 season, registering six goals and nine assists in all competitions.

It’s this form that, according to the Mirror, has caught the eye of the Premier League’s top-two sides.

With Wolves’ owners, Fosun International, having reportedly been hit by the Covid-19 pandemic, it’s claimed that Nuno Espirito Santo has been told he may have to sell players in order to raise funds for new faces.

The Portuguese boss is thought to be desperate to keep hold of top scorer Raul Jimenez, but is willing to listen to offers for Traore.

Wolves signed the Spaniard from Middlesbrough in the summer of 2018 and he has since gone on to play 90 matches for the Molineux outfit.

The wide attacker started his career at Barcelona, where he made four first-team appearances, before moving to Aston Villa in 2015.