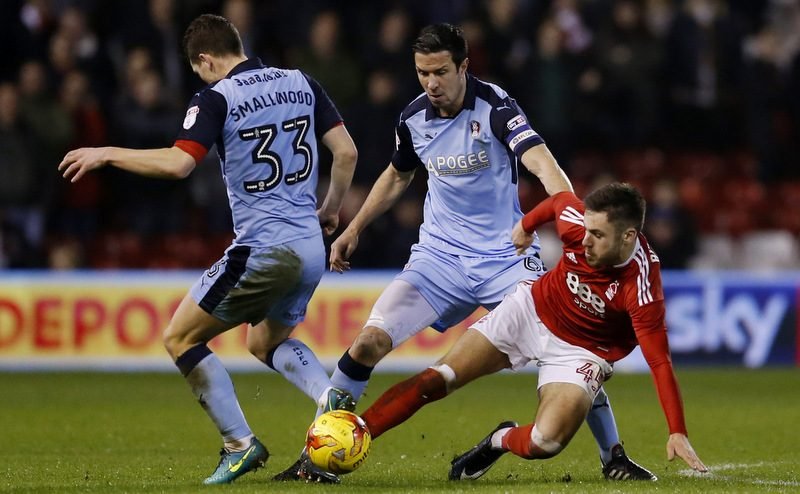 It didn’t take long for Ben Brereton to make his mark at Nottingham Forest and barely much longer for him to come on to the radar of two of English football’s biggest clubs, according to The Mirror.

Liverpool reportedly had a £2.5m bid for the 17-year-old rejected in the summer, while Manchester United have also now developed an interest in the youngster.

Brereton helped his side to a vital 2-1 win over Aston Villa this weekend with his late winner, which helped ease Forest’s relegation fears moving them into 15th in the table, level on points with their Midland rivals.

Forest will be keen to hold on to their academy graduate, especially after seeing teenage winger Oliver Burke depart the club in the summer for Bundesliga side RB Leipzig.

Should a bidding war begin for Brereton between United and Liverpool, then it could at the very least see Forest offered an amount they would struggle to turn down.

For the remainder of the season though the priority for Forest fans will be seeing their young striker make sure they don’t slip back down the table and help to ensure they start next season in the Championship – with or without the talented teenager.