Jadon Sancho has been left feeling ‘humiliated and scapegoated’ by Borussia Dortmund, according to reports.

The 19-year-old has lit up the Bundesliga since his move from Manchester City in 2017.

Sancho’s performances have seen him become a regular in Gareth Southgate’s England side and linked with a number of major clubs across Europe.

According to The Athletic, a potential transfer could happen at the end of the season with the winger not happy with how he’s been treated this term.

The teenager was publicly dropped from a match day squad after returning late from international duty in October and was then substituted just 36 minutes into Dortmund’s 4-0 defeat to Bayern Munich earlier this month. 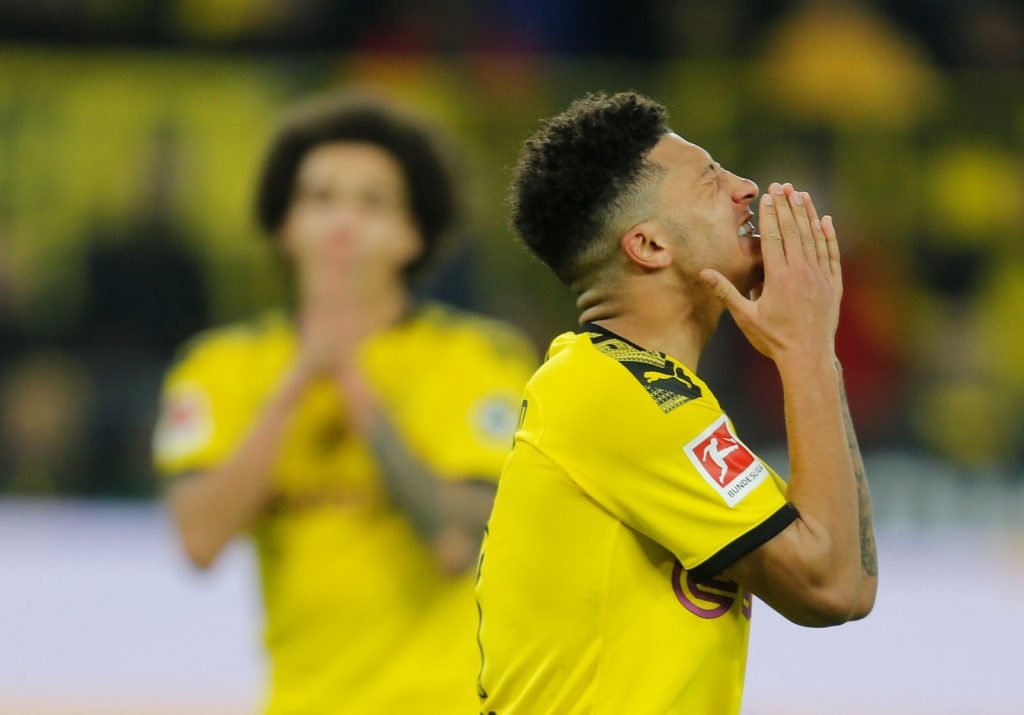 Premier League giants Liverpool and Manchester United are claimed to be interested in bringing Sancho to the Premier League.

Sancho was in Watford’s youth set-up before joining Manchester City in 2015 but turned down a new contract offer from the Citizens in favour of a move to Germany in 2017.

He scored his 19th Dortmund goal on his 72nd appearance for the club during Friday’s 3-3 draw against Paderborn.