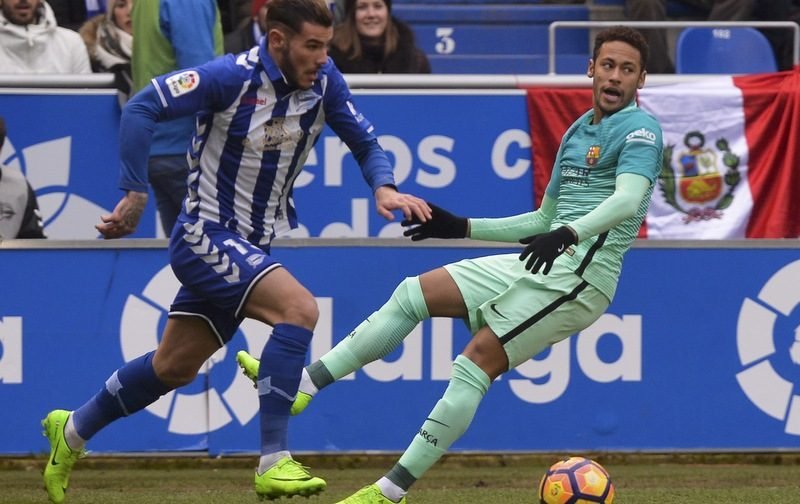 Liverpool are reportedly in the running to sign France Under-20 international defender Theo Hernandez, according to The Independent.

The Premier League side, who were pinned back to a 2-2 draw against AFC Bournemouth on Wednesday night, are understood to have been scouting the highly-rated Atletico Madrid left-back ahead of the summer transfer window.

The 19-year-old, who is currently on loan at Deportivo Alaves for the 2016-17 campaign, has provided four assists in 29 appearances in all competitions for the fellow La Liga outfit so far this season.

Hernandez, who is the younger brother of Atletico centre-half Lucas, is also said to be attracting interest from fierce Spanish rivals Real Madrid.

The report suggests The Reds have been keeping close tabs on the young full-back, who has helped Alaves reach the final of the Copa del Rey, and is said to have a release clause of £20.5m.

Liverpool boss Jurgen Klopp is destined to be on the lookout for a new left-back having pulled midfielder James Milner back into defence this term, with Alberto Moreno failing to convince the German of his ability.