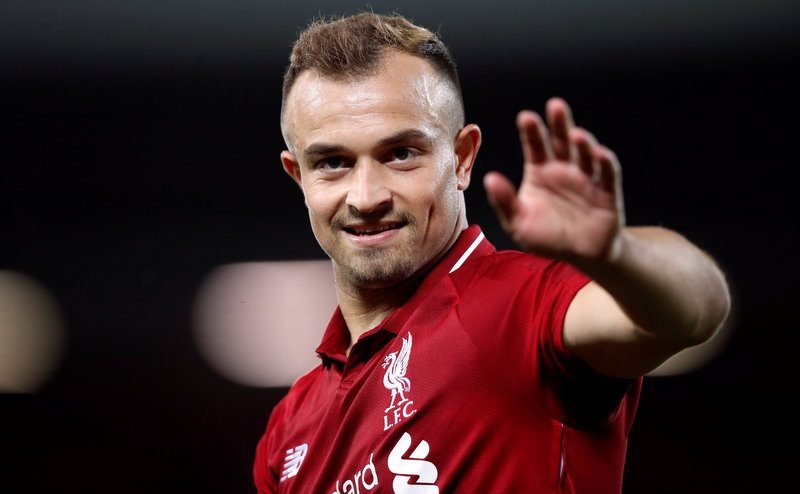 Manchester United were reportedly pipped by rivals Liverpool to the signing of Switzerland international Xherdan Shaqiri this summer, according to Blick.

The Premier League side, who defeated Leicester City 2-1 at Old Trafford in the opening fixture of the 2018-19 league campaign, had been linked with luring the former Stoke City winger to Old Trafford ahead of the new season.

However, the report claims Reds manager Jurgen Klopp wrapped up a deal to bring Shaqiri to Anfield before The Red Devils could even open negotiations with the player.

The 26-year-old, who has 74 international caps for his country, scored 15 goals in 92 appearances in all competitions for Stoke following his reported club-record £12m move from Inter Milan back in July 2015. 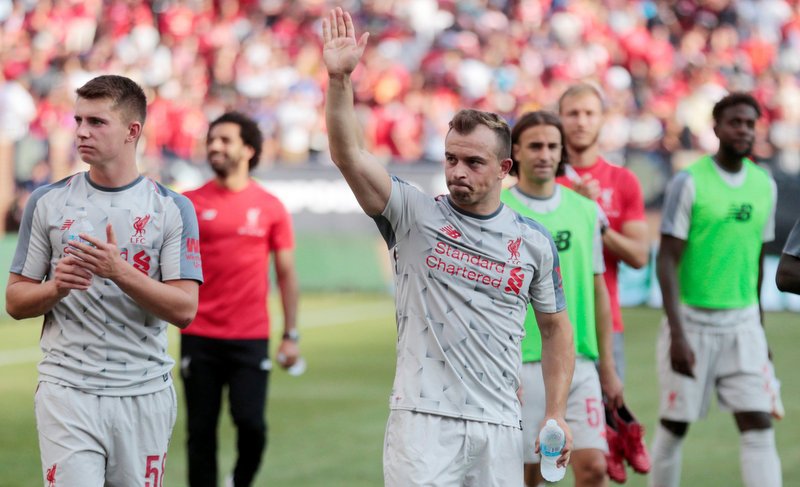 Liverpool’s Xherdan Shaqiri waves to fans after a pre-season fixture against Manchester United.

United boss Jose Mourinho was understood to be keen on bringing the former FC Basel and Bayern Munich forward to Old Trafford, with the right winger available for just £13m following Stoke’s relegation from the Premier League last term, but rivals Liverpool snapped up the Swiss star before The Red Devils could even begin talks with the player, with manager Klopp impressing Shaqiri and getting the player to agree a transfer to Liverpool, despite known interest from United.

Shaqiri made his Premier League debut for Liverpool against West Ham, coming off the bench to replace Sadio Mane in the 82nd minute.