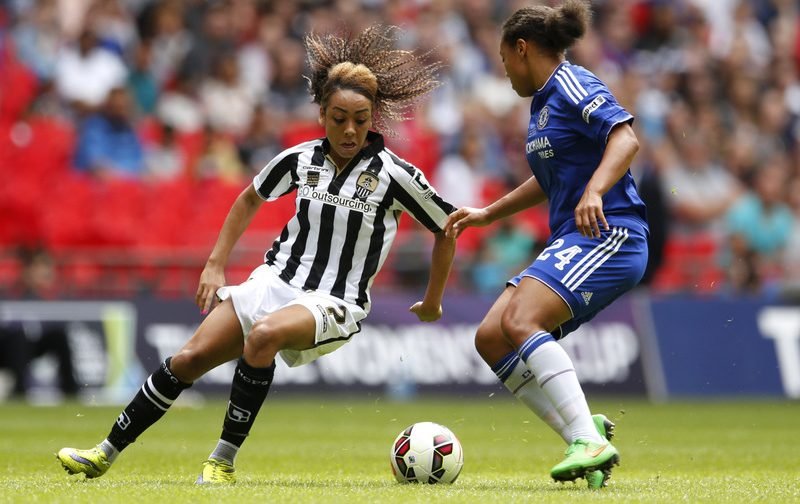 Coombs returns to Scott Rogers’ squad having already spent 2016 on loan there, and now makes the move from Chelsea permanent.

“I am absolutely delighted to have re-joined Liverpool Ladies on a permanent deal,” the midfielder told the club’s website.

“Last season I felt as though my game really developed playing regular football so I am really excited about moving here permanently.”

Forward Clarke joins The Reds from Notts County, where she averaged a goal every three games last year.

Manager Rogers has already signed veteran England star Casey Stoney this close season, and is delighted with his new acquisitions.

“These are both fantastic signings for the club,” he told the club’s website.

“Jess will give us more options up front and I am confident that she can prove to be a really important addition to the squad. Jess is lightning quick as well as being clinical in front of goal.

“I am also really pleased that we have managed to re-sign Laura on a permanent deal. She played a key role for us last season so we are delighted to welcome her back into our squad.”