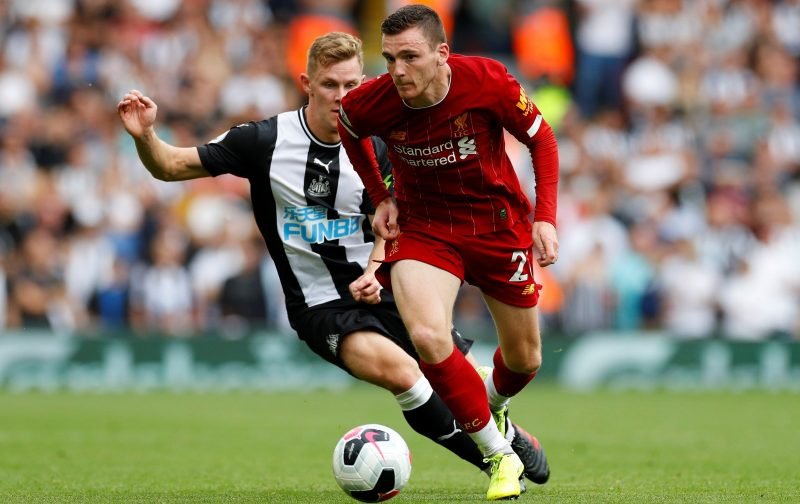 The Scotland captain failed to train with the rest of the squad on Monday after picking up a slight knock.

And boss Jurgen Klopp has said that the 25-year-old might have to sit out the tough-looking trip to Italy.

“Robbo didn’t train today and we have to see,” the German boss told the Reds’ official club website.

“It is not a major thing, it was more precautionary today, but it is not 100 per cent sure [he will be available].

“We will have to test it tomorrow and then we will see.”

Klopp guided Liverpool to a sixth European Cup in May.

If Robertson doesn’t pass a fitness test it’s expected that either James Milner of Joe Gomez will take his place.

Liverpool travel to Naples as defending champions after winning their sixth European Cup against Tottenham Hotspur in May.

As well as Napoli, the Merseyside outfit, who sit five points clear at the top of the Premier League after winning their opening five matches, will also face Genk and Red Bull Salzburg in Group E.