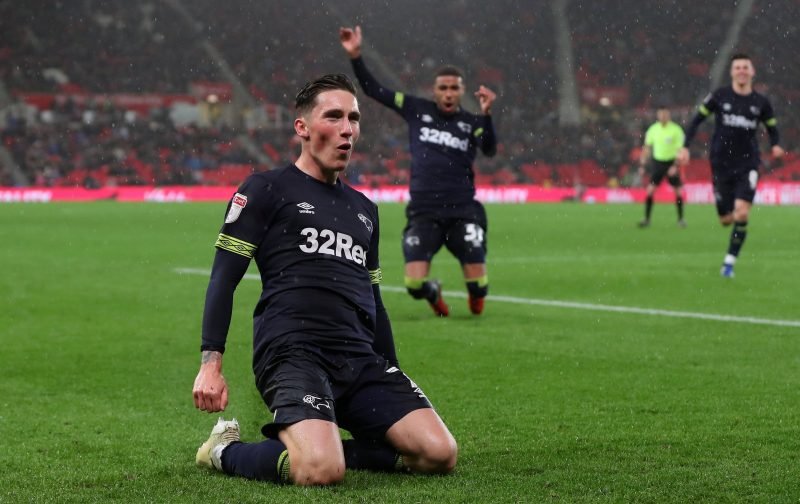 Liverpool are unlikely to recall Harry Wilson from his season-long loan spell from Derby County, according to the Liverpool Echo.

The 21-year-old has been fantastic for the Rams, scoring eight times as the club sit seventh in the Championship table.

His string of eye-catching performances had sparked speculation that Jurgen Klopp could cut the exciting youngster’s  back to Anfield.

However, it’s been reported that the German boss will let the playmaker stay at Pride Park until the end of the campaign if the Reds avoid an injury crisis.

The Wales international has shone in midfield under the guidance of Frank Lampard and scored twice in last weekend’s 2-1 victory over Swansea City.

Wilson penned a new five-year deal at Liverpool in July but due to competition with the likes of Sadio Mane, Mohamed Salah, Adam Lallana and Xherdan Shaqiri his parent club sent him out to get regular game time.