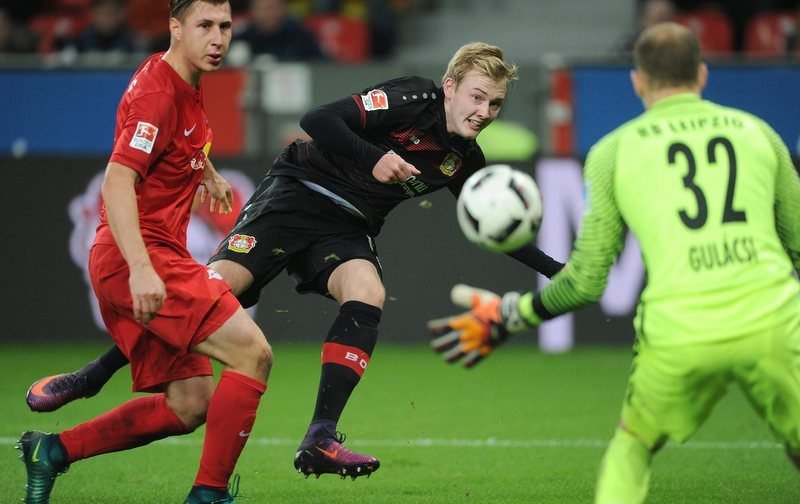 Liverpool are considering a summer move for Bayer Leverkusen star Julian Brandt, having scouted him regularly under Jurgen Klopp, according to reports from the Liverpool Echo.

The 20-year-old has excelled in Germany this season, scoring three and assisting six in 22 appearances so far.

The Reds are considering a summer swoop for the versatile playmaker, who can play in any of the three slots behind the striker, who is rated at £20m.

Jurgen Klopp has shown his adeptness when it comes to developing young, attacking, talent with the performances of the likes of Adam Lallana, Divock Origi and Sadio Mane, among others, this season.

The Germany international would be hard fought to ignore such a record. However, the Merseyside club will face a serious battle from Bundesliga giants Bayern Munich, who are also interested in a deal for the Leverkusen starlet.

Both sides will be keen to act quickly, with reports suggesting that a £17m release clause in the youngster’s contract will activate in 2018.