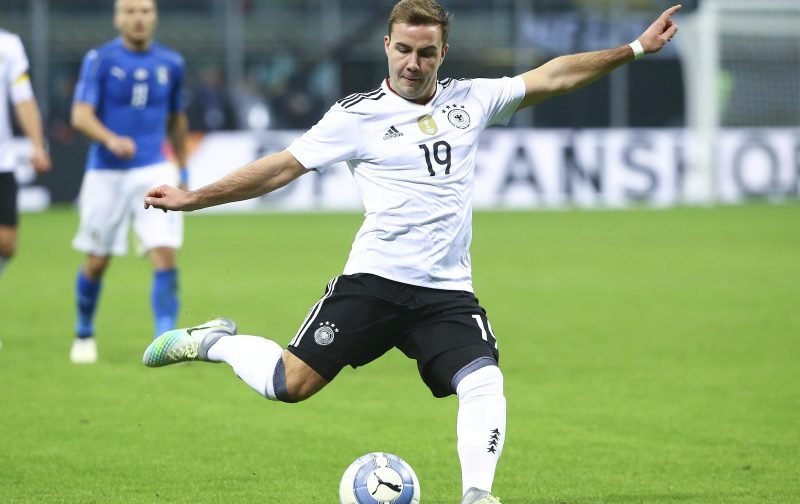 Liverpool manager Jurgen Klopp is eyeing up a move for Borussia Dortmund playmaker Mario Gotze in the summer, according to The Mirror.

The Reds boss enjoyed a successful spell at the German club between 2008 and 2015, winning the Bundesliga twice as well as reaching the Champions League final, and 24-year-old Gotze was a huge part of his brilliant Dortmund team, netting 31 times in 116 appearances between 2009 and 2013.

And now it seems that Klopp is looking to reunite with the 24-year-old at Liverpool, especially given that Gotze has struggled for gametime at Dortmund having moved back there last summer from rivals Bayern Munich.

The German international, who of course scored the winning goal in the 2014 World Cup final, moved to Bayern Munich in 2013, but just 14 league appearances in the 2015/16 campaign increased speculation about his future, and Liverpool were reportedly one club keeping tabs on the midfielder, only for Dortmund to pounce.

However, Gotze has managed just two goals in 16 appearances for Thomas Tuchel’s side this term, which may suggest that Klopp was a huge part of his excellent form at Dortmund previously, which must delight Liverpool supporters at the prospect of them reuniting at Anfield.

It is believed that talks have already taken place between Liverpool and Gotze’s representatives, and you sense that if Gotze doesn’t get more time on the pitch between now and May, a move to Anfield would be a genuine possibility in the summer.