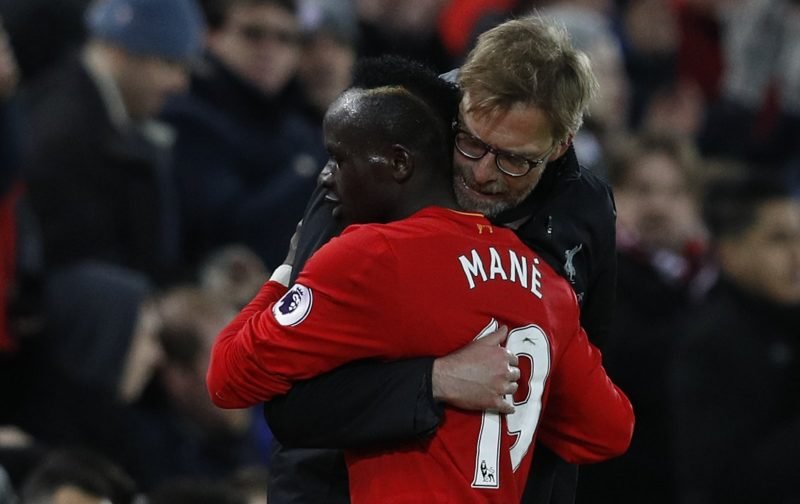 The PFA Player of the Year nominees have been announced this morning, with a six-strong list up for the award won by Leicester’s Riyad Mahrez last season.

The Algeria international scored 17 goals and laid on 11 assists to help the Foxes to a remarkable Premier League title success, and two players from the current leaders Chelsea, in the form of Eden Hazard and N’Golo Kante, have been nominated this time round as Antonio Conte’s side hold a seven-point lead with just seven games remaining.

However, there is no place for Liverpool’s top-scorer and go-to man Sadio Mane, with the 25-year-old having netted 13 goals and provided five assists in just 27 Premier League appearances for the Reds this term – this all after moving from Southampton last summer.

And it’s a snub which has riled several Liverpool supporters on Twitter, with many expressing their disbelief that Mane hasn’t made the final six…

How Mane isn't nominated as a choice is beyond me!! #LFC

How on earth is Manè not short listed for player of the year? #LFC #POTY #Joke

@SkySportsNewsHQ @PFA We're is mane hes been outstanding this year ????