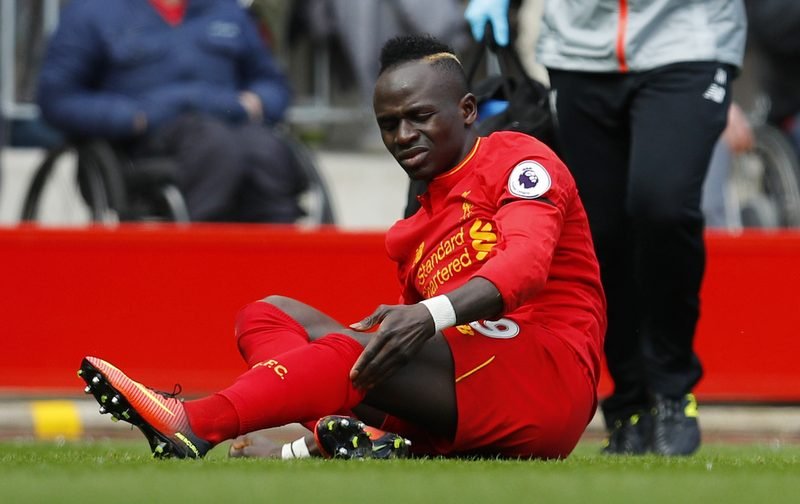 Liverpool manager Jurgen Klopp has confirmed that forward Sadio Mane has been ruled out for the remainder of the 2016-17 season.

The 24-year-old, who is due to undergo knee surgery, suffered his latest setback during last Saturday’s 3-1 victory over Merseyside rivals Everton at Anfield.

“We’re not 100 per cent sure when it will happen, but then it is clear his season is over.

“That’s what I expected, actually, when I saw the video after the game. I thought he was lucky in this situation that not more happened, but now we are close to the end of the season and that means it will be pretty much impossible that he will play again this season.

“But then he’ll have a long break and be ready for next season, so that’s the only good news.”

Mane, who joined The Reds from Premier League rivals Southampton back in June for a reported £34m, has scored 13 goals and provided eight assists in all competitions for Liverpool this term.

With Liverpool currently sat third in the Premier League table, fans on Twitter were gutted to lose the winger for the rest of the campaign, and fear they may now slip outside the top four…

Devastated about Mane. Hope he comes back even better than before. Truly top class player.#Mané #LFC

@LFC Get well Sadio and thx for a great season. We will miss u

@LFC No Sadio no top four.
It sounds sad but it’s the truth.

@LFC What about a manager update. KLOPP OUT