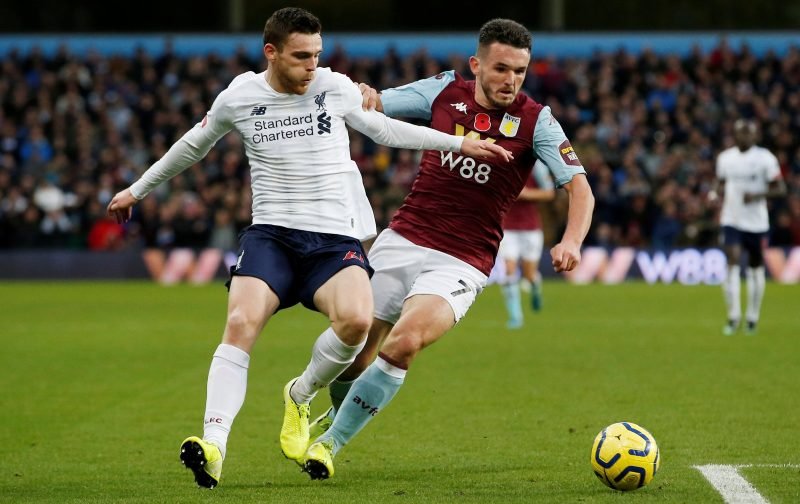 Liverpool stretched their unbeaten run in the Premier League to 27 matches following a late 2-1 comeback victory on Aston Villa on Saturday.

Jurgen Klopp’s side were trailing 1-0 thanks to Trézéguet’s opener but a goal from Andrew Robertson three minutes from time and Sadio Mane’s 94th minute winner kept their lead at the top over Manchester City at six points.

Despite eventually being on the losing side, Liverpool fans were impressed with the performance of one Villa player, even saying that he would be a good signing for the Merseyside club. 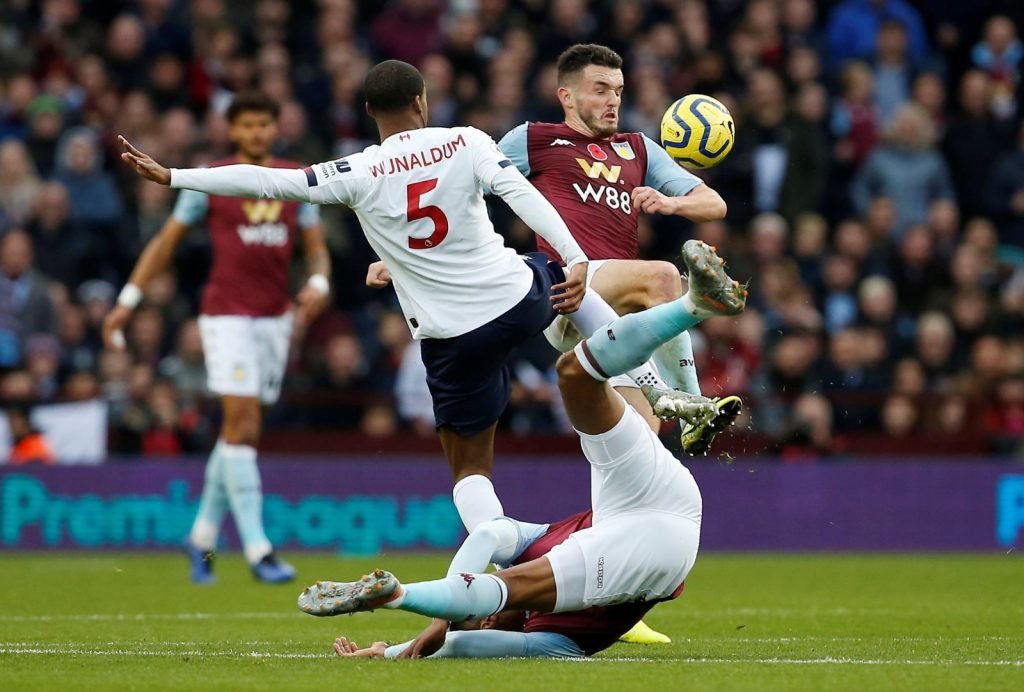 The Scot has been impressive for the Villans since signing from Hibernian in the summer of 2018, earning plaudits from both fans and pundits with his performances in the Championship and Premier League.

Now, after his display against the Champions League holders, Kopites have been waxing lyrical on social media about the 25-year-old. 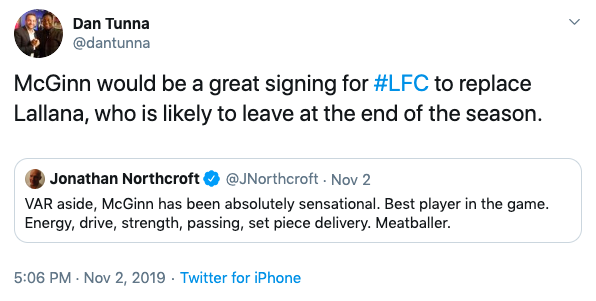 Despite the Scotland international’s impressive individual performance, the defeat sees McGinn and his Villa teammates sit 16th in the table with 11 points from 11 matches.