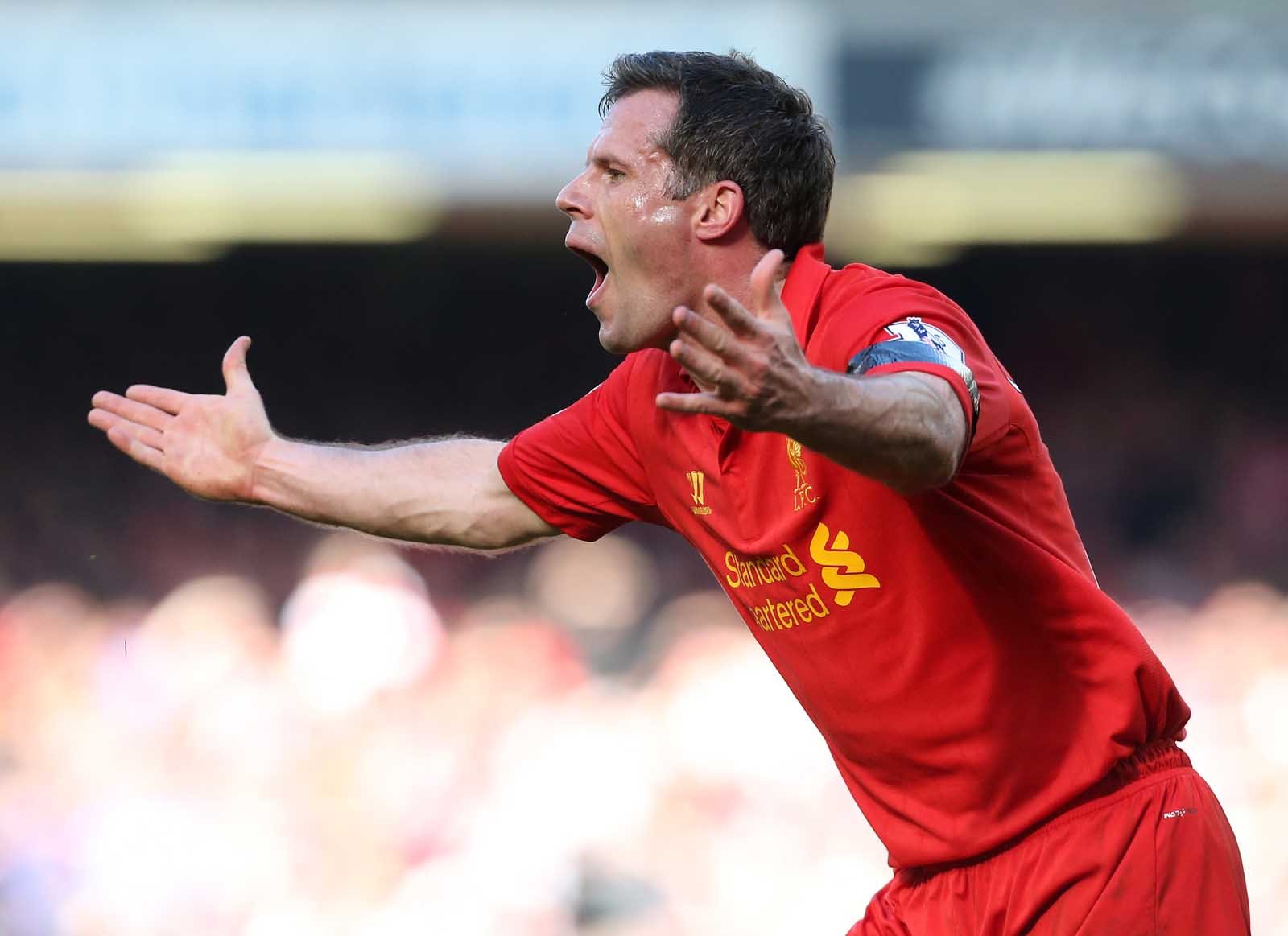 The 39-year-old, who also played 38 times for England, starred for the Anfield outfit between 1996 and 2013, lifting three League Cups, two FA Cups, two FA Community Shields, the UEFA Champions League and the UEFA Cup during his career at Anfield.

Carragher, who was filming with Everton’s top goalscorer Romelu Lukaku for Sky Sports, gave his 979,000+ followers a sneak peak of him in The Toffee’s training gear on Twitter before appearing live on TV.

And, it is fair to say, the Liverpool legend’s appearance in Blue caused uproar upon The Reds faithful…

@Carra23 @SkySportsNewsHQ NOOO OUR LEGENDS ARE LEAVING US FOR THE BITTERS. COME HOME JAMIE, DONT LEAVE US LIKE THIS. YNWA

@Carra23 @SkySportsNewsHQ For a legend please take that off, its like you weared that everton badge with pride

@Carra23 @SkySportsNewsHQ Take that off

@Carra23 @SkySportsNewsHQ why on earth are you wearing that for

As if this week couldn’t get any worse, Liverpool legend Carragher is now wearing an Everton top. https://t.co/Anxun2x35w

Carragher sporting rivals Everton’s colours adds injury to insult after a terrible start to the week for Liverpool, after Jurgen Klopp’s Reds suffered a 3-1 defeat to the hands of defending Premier League champions Leicester City at the King Power Stadium on Monday night.