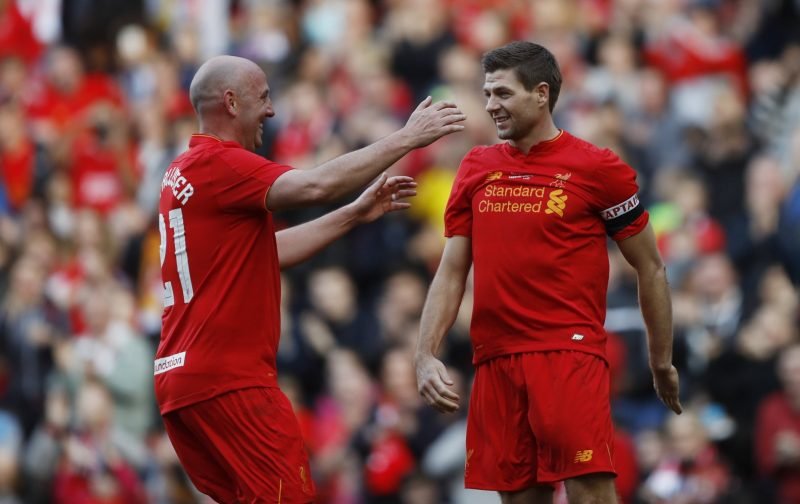 Steven Gerrard rolled back the years and gave Liverpool fans a reminder of what they’re missing with a winner in the recent legends game between a Liverpool XI and a Real Madrid legends XI in a 4-3 win at Anfield.

Michael Owen, John Aldridge and Robbie Fowler all got on the score sheet for Liverpool but it was Gerrard’s strike in the 78th minute which proved decisive.

The match saw fans paying tribute to former Liverpool coach Ronnie Moran who died this week, with Gerrard dedicating his winner to Moran.

The Real Madrid side featured Luis Figo, Clarence Seedorf and Roberto Carlos in a game which saw Steve McManaman turn out for both sides in the delightfully end-to-end encouter.

It wasn’t just a goal but also assists that Gerrard provided as he enjoyed a productive game which had the Anfield faithful cheering his every touch.

With Liverpool unable to mount a serious title challenge this season, here’s how fans on social media responded to the return of Gerrard:

Gerrard scoring at Anfield against Real Madrid in 2017

Stevie Gerrard needs to get back into the game. Can clearly see his hunger to win and not just compete today #lfc

@LFC it’s a travesty he’s still not playing for the first team. He’s still got so much to offer. Love the guy

@LFC what I’d give to see him play another year