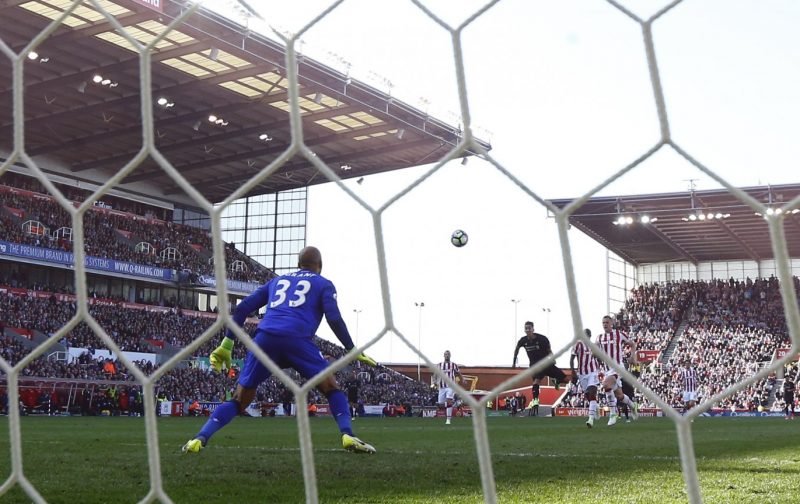 Philippe Coutinho and Roberto Firmino both came off the bench to net as Jurgen Klopp’s Liverpool came from behind to beat Stoke 2-1 at the bet365 Stadium on Saturday.

The Reds knew that victory would consolidate their position in the top four of the Premier League, yet that looked in serious doubt when Jon Walters headed home Xherdan Shaqiri’s cross just before half time.

Klopp responded by bringing on his Brazilian duo at the break, and it certainly paid off for the German as Coutinho levelled proceedings 20 minutes before the end with a crisp finish from just inside the box.

However, the best was yet to come, with compatriot Firmino rifling home a stunning strike just two minutes later to give Liverpool the lead, an advantage they didn’t relinquish in holding on for an 18th win of the campaign.

25-year-old Firmino let a pin-point ball forward from Georginio Wijnaldum bounce over his head, before volleying home a thunderous effort over Potters goalkeeper Lee Grant – it was goal worthy of winning any match.

And it was a goal that Liverpool fans on social media revelled in, with the importance of it as well as the sheer brilliance of it delighting many on Twitter…

What a goal that was by Firmino #LFC

Smashing goal from Firmino against #stoke last night. Will it be one of the contendors for goal of the season? #LFC

The finish from #firmino was top class. Suarez-esqe! #lfc

Go on Bobby lad. What a finish #firmino #LFC