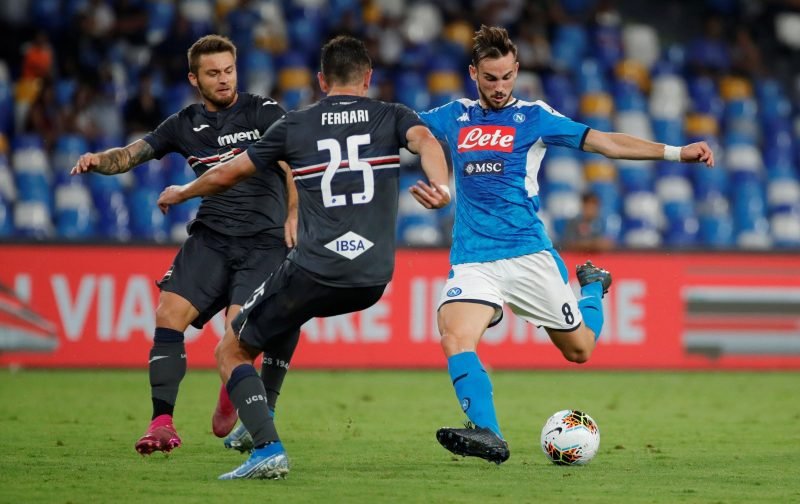 Liverpool are tracking Napoli midfielder Fabian Ruiz who played as the Naples outfit condemned the Reds to defeat in their Champions League opener on Tuesday, according to reports.

The 23-year-old played the full 90 minutes as the Italian outfit beat the defending champions 2-0 at the San Paolo Stadium.

And the Mail Online report that the Merseyside outfit are monitoring the playmaker’s progress with a view to a possible swoop.

It’s claimed that Ruiz, who helped Spain with the Under-21 European Championship in the summer, is also attracting the interest of La Liga giants Barcelona and Real Madrid.

The number 8 moved to Serie A from Real Betis in 2018 and scored seven times in 40 appearances during his first campaign at the club.

His performances earned him a call-up to Spain’s senior squad for the first time back in March and he has since won his first three caps.

Standing at 6ft 2ins, Ruiz proved in the victory over Liverpool that the possesses the physical attributes to play in the Premier League so it’s no real surprise that the Anfield outfit have been impressed with what they’ve seen.