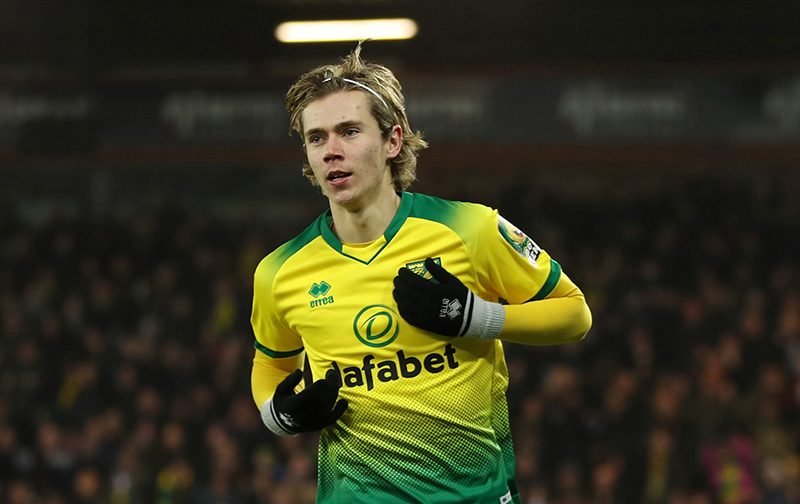 Liverpool are considering making a move to sign Norwich City star Todd Cantwell in the summer, according to reports.

The 21-year-old has impressed in his first Premier League campaign, registering six goals for the bottom placed Canaries.

And following another impressive performance in his side’s narrow 1-0 defeat to the league leaders at the weekend, The Athletic report that the Reds have stepped up their interest in the England Under-21 international.

However, it is claimed that fellow Premier League clubs, including Manchester United, are also interested in recruiting the playmaker. 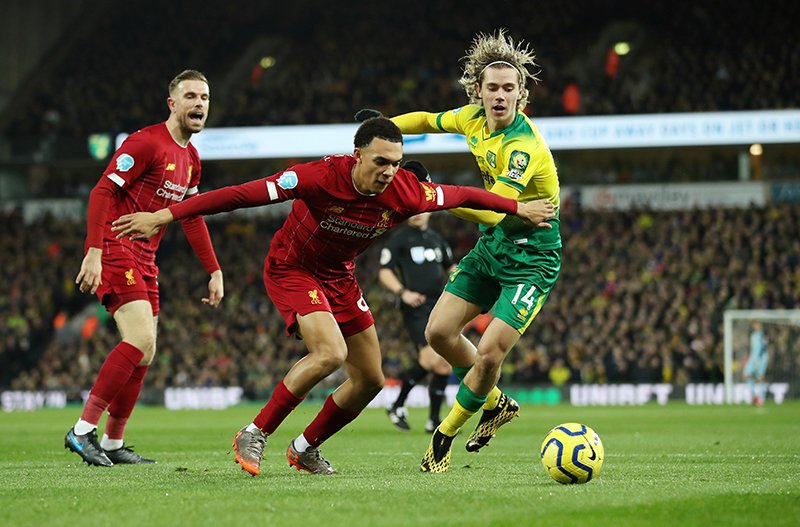 Cantwell in action against Liverpool.

It’s thought Cantwell, who is contracted at Carrow Road until 2022, would not be allowed to depart for less than £30million.

The Norfolk-born star only broke into Norwich’s first-team on a regular basis last term after returning from a loan spell at Dutch side Fortuna Sittard.

With Adam Lallana – according to Calciomercato – a target of Italian sides, maybe Cantwell could be the player to come in and take his place in the squad.