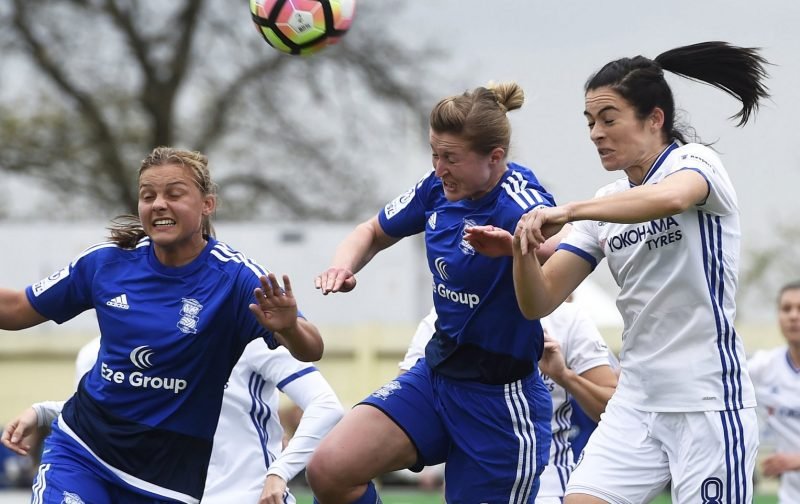 Liverpool are back at the top of the WSL1 Spring Series table after beating Birmingham City 2-0 with goals from Jess Clarke and Gemma Bonner, but Chelsea are hot on their heels.

The Blues have two games in hand over their Merseyside rivals, and will be buoyant after last week’s comprehensive 4-0 midweek trouncing of Reading, with goals from Karen Carney, Drew Spence, Ji So Yun and Hannah Blundell sealing the victory for Emma Hayes’ team.

That came just three days after they had smashed Yeovil 6-0, with a brace from So Yun along with strikes from Spence, Erin Cuthbert, and new international stars Ramona Bachmann and Crystal Dunn.

Last year’s WSL1 champions Manchester City have already dropped points after opening their campaign with a 1-1 draw against Birmingham.

A few days earlier, Nick Cushing’s side had saved face in the Champions League, beating Olympique Lyonnais 1-0 in the second leg of their semi-final thanks to a goal from Carli Lloyd, but were eliminated 3-2 on aggregate.

Arsenal made a disappointing start to their Spring Series campaign – a week later than everyone else following the cancellation of their game against the now-defunct Notts County. They played out a goalless draw with Sunderland, which featured few chances.

A frustrated Fara Williams told the WSL website afterwards: ‘The result is a fair result but it is gutting for us that we didn’t come here and perform the way we know we can.’

She will have been happier with Sunday’s display against Yeovil, with Jodie Taylor bagging a brace as the Gunners beat the Lady Glovers 5-1.